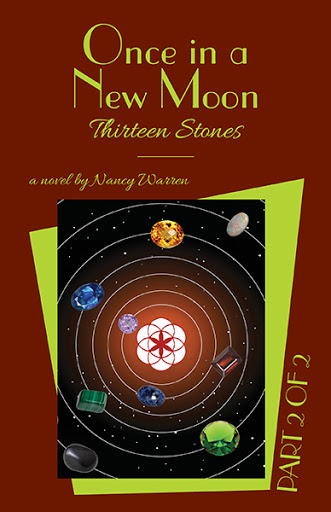 Thirteen Stones
Once in a New Moon, Part Two by Nancy Warren

When Graham Michelsen pulled up stakes that spring and moved his wife Emily and daughter Lois to a brand-new model satellite community called Centrewood, he believed that its unique town plan based on his ideal form, the Circle, would ensure a life of security and stability. But having barely settled in, he is hit by a barrage of events which clash and collide, stark reality takes on an overlay of farce at times, and he struggles to manage his own equilibrium when everything seems to be going on tilt. Even his own daughter betrays him. Centrewood’s concentric circles are failing to protect him and have begun spinning out of control. Partway through the two months of September and October, 1957 that span this story, Lois is not mature enough to understand what is happening to her father Graham. She is not yet fourteen years old. She doesn’t know that as Chief Aeronautical Engineer for the Avro Arrow, he had worked so hard leading up to the October 4 Rollout that he was already suffering from burnout. On that very day, he was beset by three major setbacks, after which even more hit him broadside. Lois finds herself adding to his aggravation by suddenly flexing her wings, asserting her right to speak out and stand her ground. She also has her own challenges. She is absorbed by practicing flute with her new friend Becky, preparing to play the Doppler Flute Duet at the Fall recital. The other schoolmate, Mitsy, the thorn in Lois’s side from Day One, continues to disrupt Lois with her crazy antics, which ultimately lead to disaster. By the time Lois reaches her fourteenth birthday on November 1, everything has fallen apart. 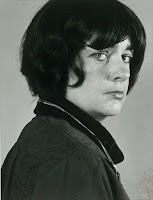 Nancy Warren felt like an exile when she moved to London, Ontario from her cherished hometown Toronto during the recession that hit Canada in the 1980s. There, in her capacity as an academic librarian, she served as subject specialist in both the Cataloguing and Collections Development Departments at the University of Western Ontario Libraries. Graduating with a Bachelor of Arts degree in 1967 and a post-graduate degree in Library Science from the University of Toronto in 1968, she began her career as librarian at the U. of T. College of Education Library, which afterward led her to a succession of contracts as a freelance librarian, which entailed organizing and documenting specialized libraries in downtown Toronto. Meanwhile, she continued to pursue her passion for clay. Nancy had her own pottery studio in Toronto, later in London, and for a short duration worked for a potter in Elora, Ontario. Once she came to terms with the truth that leaving Toronto was permanent, Nancy came to realize that good fortune had smiled on her after all by bringing her to London, this best kept secret in southwestern Ontario, where she enjoys a sense of community and all the required amenities that are available within a short radius of her home, along with the beauty of the surrounding countryside at her fingertips. Nancy is now retired and free to enjoy writing novels, liberated from the constraints of full-time work. Parts One and Two comprise her debut novel Once in a New Moon.