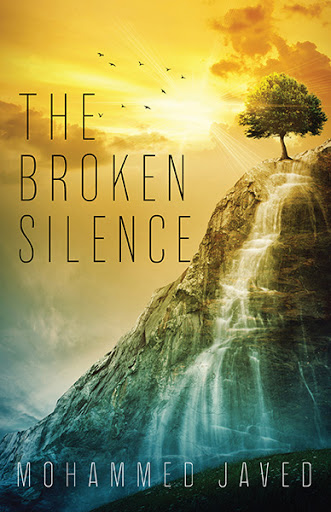 The Broken Silence
by Mohammed Javed

At a time in history when fear of ‘the other’ has become commonplace, The Broken Silence is a timely book that shows a glimpse in the timeline of how Islam has been marginalized in society. It examines the impacts of economic sanctions on vulnerable populations and opens with an important essay by the author’s daughter, published in the Huffington Post, that paints a bleak picture of the human costs of years of international sanctions against Iraq, including the deaths of over half a million children as reported by the United Nations. Her argument that desperate young people are driven to commit heinous acts of terror not out of religious fervour but as misguided reactions to injustices, is to this day, little recognized by politicians or the media. This powerful memoir explores the human cost of sanctions and the author’s tireless efforts over many years to promote awareness and activism to have those sanctions lifted.

Mohammed Javed’s childhood and youth experiences instilled in him a commitment to compassion and caring. As the founder of I.LEAD (Islam. Learn. Engage. Achieve. Develop.), Mr. Javed brought together numerous groups and organizations to hold conferences to explore the many questions facing Muslims in the National Capital Region and beyond. Earlier, while living in Halifax, he became a regularly published op-ed writer. He also helped motivate Svend Robinson, then a Member of Parliament, to embrace the cause of lifting sanctions, and wrote many letters to the prime minister, cabinet ministers and interested MPs. Told with frank clarity and rounded out with copies of letters, emails, and articles, The Broken Silence explores the real causes of terrorism and its remedies. It also seeks to help non-Muslims to better understand this ancient religion and calls out to Muslims to explore the real values of Islam and regain its true spirit. Above all, it is a call for all ethnicities and religions to work collectively for a more peaceful, compassionate, and caring world for our children and grandchildren.

For the insightful editing service they have rendered for this work.

“As the NDP foreign affairs critic at the time, I witnessed first-hand in Iraq the terrible impact of economic sanctions on the people of that devastated country.

Mohammed Javed spoke out at the time with passion and dedication against these genocidal sanctions that killed over 500,000 innocent Iraqi children. He reminds us of this tragic history in this must-read book, which deserves a wide audience. We must learn the lessons of this dark chapter, and heed his powerful call to fight the rise of Islamophobia in Canada and beyond.” – Svend Robinson, former Member of Parliament from 1979 to 2004 for the New Democratic Party.

“Having written and spoken out about the devastating impact of sanctions on Iraqi children and people, I share Mohammed Javed’s passion to ensure that we not forget and that we learn from this shameful event that we all witnessed, but only a few had the courage to call out. This book is a historic documentation of one man’s passionate efforts to do his part to speak truth to power. We can all benefit from his perspective and insight on the issue and the lessons to be learned.” - Faisal Kutty, Lawyer, Law Professor, Writer and Public Speaker

“I am impressed by [the author's] commitment to justice and [his] efforts to promote it and to condemn the actions that caused so many deaths and suffering, particularly to children. [He] has put his heart and soul into writing this book.”

“In the context of sanctity of human life and the universality of human dignity, Javed dedicates this book to “the memory of countless [Iraqi] children, [whose number could be as high as one million and], whose right to life has been usurped by cruel hands” during the first and second “Gulf Wars”, the US occupation of Iraq and the series of US and UN wide sanctions.

As most of the world stood silently and helplessly, Javed, with the support of his family tried to “break the silence” through whatever modest means available to them. The author connects these man-made tragedies and the rising tide of evil Islamophobia and evil acts of terror that impacted the world at large.

Referring to the Qur’an (95:4-6), which deals with the innate goodness in the human soul, that is prone to be disregarded, he quotes the famous “convert” to Islam, Muhammad Assad who wrote “….On the other hand, man may retain, or regain, that original, individual perfection if he consciously realizes God’s Oneness and submits to His laws.”

The message to all is: “So, do good deeds, be good to others - don’t hurt others, be good to the earth, be good to the world and create a better world for all to live in – for sure, good will go round and come back to you...”, a fitting message for an enjoyable reading.”

Mohammed Javed is a retired professional engineer with international project management and construction experience. He has been an outspoken activist on social issues since immigrating to Canada in 1994 and is a published author, article writer, and public speaker. He and his wife live in Ottawa. Their three children are now married and have blessed the Javed’s with four grandchildren.