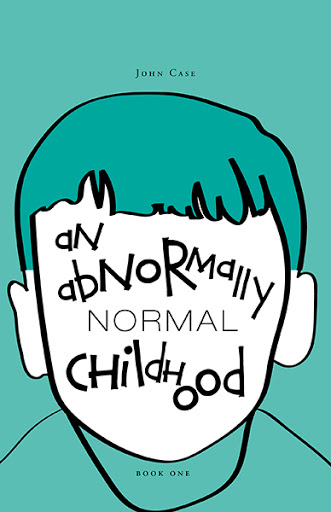 First in a multivolume memoir, An Abnormally Normal Childhood follows John Case from birth to the age of eighteen, regaling readers with the details of his deeds and misadventures. While he grew up in a time of depression and war, John was largely protected from the restrictions and troubles of this time, leading a free- range childhood—so long as he was dutiful to his family and religion and respected others.

Childish mischief, hilarious situations, and times of fast sadness and joy fill the pages of this absorbing memoir. This is a story of the way we were, of an early childhood full of innocence and simplicity. Industriousness, ingenuity, and perseverance are brought to life in John’s tales of his youthful foibles. John’s reflections touch on topics from the life of a schoolboy during war, religion and its effects, and corporal punishment, to quiet streets and the use of horses, among other things.

Told with an engaging voice and a wry sense of humour, An Abnormally Normal Childhood takes the reader on a journey back to a simpler time and place, complicated by depression and war, and to the history of a childhood now past. John’s vivid recollections—laced with humour, intelligence, and curiosity—bring people and events to life on the page, painting a vivacious picture of his early years.

John Case initially intended to become a priest, then decided that wasn’t for him, so he entered technical college for the study of chemistry, botany, and zoology, intent on becoming a farmer. Laid low by aggressive hayfever, John again switched potential career paths, going on to study medicine, and subsequently working as a general surgeon in a small town in northern Alberta. Now retired, John lives in Qualicum Beach, BC, with his wife and small dog. His children and grandchildren live in Grand Prairie and Sherwood Park, AB. John has always enjoyed amusing others, and he jokes that before the use of the computer, his writing was barely legible.