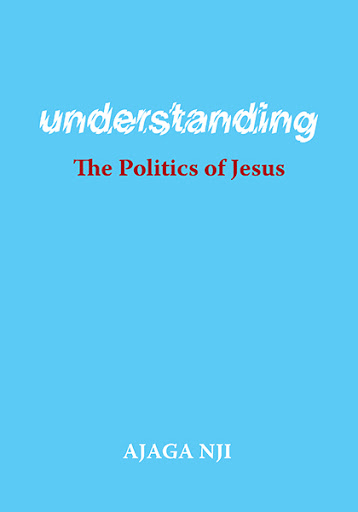 Understanding the Politics of Jesus
by Ajaga Nji

Understanding the Politics of Jesus is a unique, mind-searching collection of audacious thoughts and a synopsis of the author’s vision of the good, the beautiful and sublime society. Based on the Sociological Imagination, the sermons share some salient ingredients for building humane, enabling, inclusive and progressive societies in which people will feel proud to be born, to grow, to work, to retire and to die. Christians and nonbelievers, clergy of all denominations, politicians, civil society leaders and actors, educators, development professionals and students of society will find in this book an inspirational reader on how to energize participation and engage involvement in personal development as well as promote good values and morality in the youth and adults alike and enhance ownership and sustainability in community development.

We live in a time when “politics” has been reduced to an exercise in futility.

of politics…one that does not become the harbinger of death, hatred, injustice

— Excerpt from the Foreword by The Very Rev. Dr. Nyansako-Ni- Nku,

Moderator Emeritus of the PCC

understanding The Politics of Jesus is captivating, compelling and interesting.

With a fascinating writing style, the book blends the biblical past with present-

— Excerpt from the Preface by The Very Rev. Dr. Festus A. Asana

Moderator Emeritus of the PCC 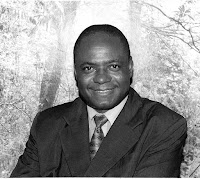 In 1969, Ajaga Nji, then twenty-two, stood out as the sore finger in a crowd of jubilating youth who thronged the Presbyterian Youth Centre in Victoria, West Cameroon, to give a hilarious welcome to twenty-six members of the Deutsche Wanderjugend im Odenwaldklub (DWJ), led by Gerd Schwinn of the Jugendgruppe Reichelsheim, near Darmstadt in the Federal Republic of Germany.

The charm and warmth of that interaction sowed the seeds of a North-South Cultural Partnership between the Christian Youth Fellowship (CYF) Movement of the Presbyterian Church in Cameroon (PCC) and DWJ, Germany. Three years

later, in 1972, seventy leaders of the CYF Movement applied to be selected for a cultural exchange visit to the Federal Republic of Germany on the invitation of DWJ and the German Government. A combination of reason, wisdom, skill, and luck culminated in the election of Ajaga Nji by his peers as the leader of the fifteen-member-strong group that undertook the inaugural trip of the German- Cameroon Youth Exchange Programme.

Ajaga Nji owes his civil and political activism to the politics of faith, love, truth, hope, and salvation embedded in the teachings of the church. The educational trip to the Federal Republic of Germany from August 7 to September 24, 1972 involved lectures, cultural presentations, visits to schools, German farms, churches, and hospital as well as political and civil leaders in the cities of Bonn, Darmstadt, Frankfurt, Mainz, Garmisch, Munich and the Olympic Centre, Ulm, Hochst, the Alps, the East-West German border, Basel in Switzerland. He also lived with German host families. The visit worked to sharpen and reinforce the virtuous cycle of the truth of the Bible and the trust we all owe to humanity.

A firm believer in education as the liberator of the mind, vindicator of democracy and justice, and the most effective instrument to fight poverty, Ajaga Nji is one of the Africans who has been chosen by destiny to speak out for justice, democracy, and human development in a world increasingly threatened and ravaged by the turbulence and vampirism of greedy politicians. His no-nonsense critical analysis of social, economic, and political events in Cameroon, and sometimes controversial stance on corruption characterized by institutionalized corrupt governance, vivifies the helplessness of the growing number of the poor in a world of embarrassing inequality amidst extraordinary global affluence.

A strong believer in fundamental Christianity, Ajaga Nji began a journey of faith in his village congregation on the hills of Tugi, Cameroon with his mother, Deborah Akwi, who was an Elder in that congregation for twenty-one years. He joined the Christian Youth Fellowship (CYF) Movement in 1964, and graduated to the Christian Men Fellowship (CMF) Movement in 1993. Apart from building minds at the University of Dschang where he served for thirty-seven years as a professor, Ajaga Nji led the building of the PCC Temple in Dschang, helped poor but intelligent students through scholarships, and made significant contributions to the construction of other local churches, particularly those in his village.

Through Akwi Memorial Foundation founded in honour of his mother, Ajaga Nji partnered with Dr. Nick Ngwanyam, CEO of St Louis University Institute in Nkwen-Bamenda, to award ten scholarships a year for ten years (from 2007 to 2017) to poor and needy students from all the six sub-divisions of Momo Division. The scholarship scheme to fight poverty through education in the health sector amounted to 52,500,000 (Fifty-two million five hundred thousand) francs CFA.

Understanding the Politics of Jesus will be available in the FriesenPress Bookstore soon.