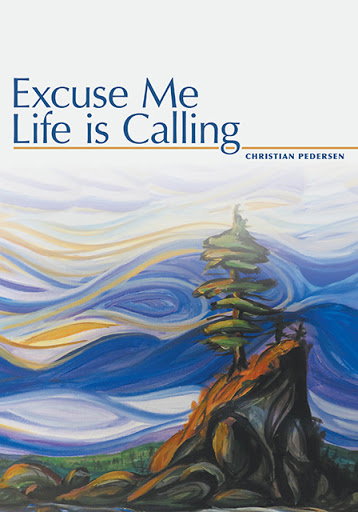 Excuse Me, Life is Calling
by Christian Pedersen

Theology and science are relatively poorly represented in today’s world, a world of biased facts, misrepre- sented realities, and lack of investigative enquiry, which is often prejudicial and unbalanced in reasoning.

Wouldn’t it be nice if everyone learned to dissect information with the ability to not prejudge until all evidence is available? If everyone became determined not to be led by another’s self-aggrandizing or nefarious intentions?

Excuse Me, Life is Calling asks you to consider the relationship of all the world’s great theologies and how these interplay with science—an interplay that has struggled, despite the deep linkages between the two, for thousands of years. The symbiotic relationship between theology and science reveals that each field of study needs the other, even though science is not theology and theology is not science. Think past the presented evidence and see the inclusive realities surrounding each subject, realities that are often publicly presented as propaganda (for a multitude of reasons). Follow an historical path of evidence-based misrepresentation over hundreds, if not thousands of years.

From a discussion of various theologies to the science of creation and evolution to startling concerns about the future, Excuse Me, Life is Calling encourages readers’ development of a process of greater thought, both as an individual and with others interested in similar topics.

The truth is out there, if you’re able to open your mind and look for it with diligence.

Christian Pedersen started his flying career in gliding at 15 and is a certified airline transport pilot with 42 years experience in all levels of aviation, from meteorology to senior management as chief pilot for a major North American airline. Chris has owned several light aircrafts and a sailplane, and has survived several unexpected aircraft-destroying accidents in them, walking away uninjured from each. He holds the Diamond Award for soaring accomplishment and has competitively raced sail boats.

Because study has been a central part of Chris’ life, he is a voracious reader, enjoying the craft of those who create fiction seemingly with ease. He took extra creative writing courses in high school, and went on to write technical documentation for airline publications, and humorous articles for low-circulation magazines in the civilian aviation marketplace.

Chris started life in Edmonton, met his wife of 53 years in Calgary while taking post-secondary education, spent 22 years in Winnipeg, and has lived in Vancouver for the past 32 years. He and his wife have two daughters, three grandsons, and a granddaughter. Chris and his wife love the climate in Vancouver and being with all their immediate family. The Pedersens still enjoy great health, travel extensively, and work tirelessly in their community. They enjoy life to its fullest and are thankful for the opportunities they have been given in life.