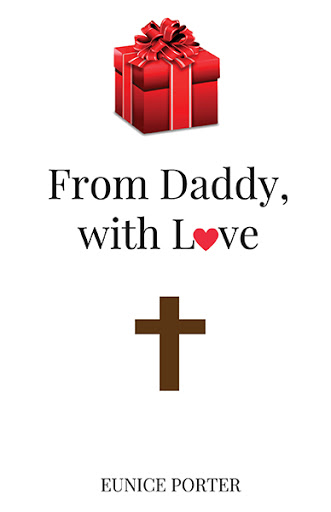 From Daddy, with Love
by Eunice Porter

A young man who grew up in war-ravaged Europe was captivated by the news of opportunity in America. He worked long and hard to earn money to pay the fare on a ship to the ‘promised land’. Knowing it would take many days to cross the Atlantic, he filled his trunk with food. But soon he realized the food was spoiling and the bread moldy. He so wished he could afford to pay for the meals in the dining room! Maybe he could work for the chef in exchange for food. How humiliating to have to beg! On his way to the kitchen, an older man came by and struck up a conversation with him. As the aroma of cooking food floated out into the passageway, the man said, “Please join us for dinner. My wife and I have seats at the Captain’s table, and there is plenty of room.” Embarrassed, the gaunt young man blurted out, “Sir, I cannot pay for the meals. Excuse me” . . . and he hurried off. “Wait!” the man was saying, “The meals are included in the cost of the fare. They are part of the package. Come, let’s eat!” Was this a joke? Stunned he turned back, muttering, “I had no idea! Nobody told me.”

Do you have any idea of all the amazing, satisfying and precious gifts that are included in God’s Salvation package, that are totally and absolutely free? Better still, the whole package is completely free, paid for by Jesus Christ at infinite cost. We don’t have to work for it, deserve it or beg for it. All we have to do is “get on board” by forsaking our sin and guilt, and receiving His new life. I hope the message of this book will set you on the most exciting adventure you cannot even imagine, here on this earth, and in the heavenly home that our dear, loving Father (Daddy) is preparing for us, where there is no more sickness, sadness or fear! Come, join me! 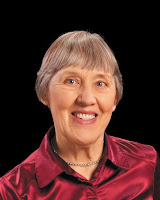 Eunice grew up in a small farming community in Saskatchewan, Canada. After High School she attended Bible School then Teachers’ College. She taught school in Northern Saskatchewan for three years, and as a missionary in Ethiopia for ten years. Then followed a career in banking in Calgary. Several years into retirement she faced cancer, and in the aftermath of that, a time of testing in her faith. But God met her, opening her eyes and heart to a personal relationship with God as her Loving Father, Jesus the Word as Savior, and the Holy Spirit of Power. He taught her that in the name of Jesus, Messiah, she had authority to cast out the spirits of fear, offense, unforgiveness, rejection, and any other evil spirit that may be lurking in us. She was healed in her body and soul from so many hurts, and the joy of the Lord was restored in her. At the same time, God also restored her gift of writing, as He impressed upon her the need to share the truths He had shown her. She has done this through writing books, using them in Bible study groups, and encouraging others to do the same.