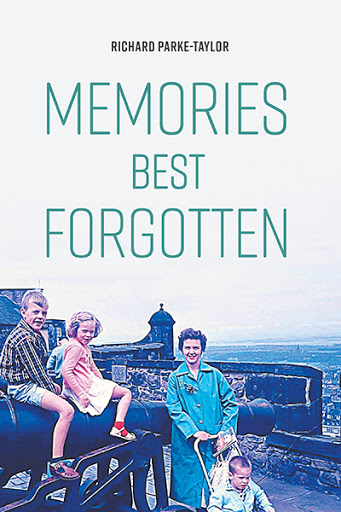 Nothing is simple for Rickey Parkitt-Mann, an innocent and impressionable boy who relocates with his family to No. 1 Fighter Wing Air Force Base in Marville, France. The year is 1956, and at the tender age of six, Rickey is thrown into early adolescence, which is filled with surprise, excitement, and insecurity. He lives with his mother, father, and little sister in C-block of the Private Married Quarters (PMQs), eleven miles from the Base. The PMQs are their own little microcosm, with no phones, television, or police to regulate what goes on. Rickey meets a variety of friends and foes (some who seem to be both), including the Air Force Brats—one of the PMQs’ infamous boy gangs. Teased, taunted, and taken for granted, Rickey quickly matures beyond his years. When he’s not navigating the slippery rungs of schoolyard hierarchies, he also travels around Europe with his family, camping, meeting odd characters, and learning more about the world. His life of adventure and learning is occasionally punctuated by moments of shock and tragedy, including the suicide—perhaps murder—of a burgeoning friend.

In this exciting work of autobiographical fiction, Richard Andrew Parke-Taylor brings us a stunningly detailed and realistic portrait of boyhood and distant life in the wake of the Second World War. Oscillating between moments of humor and horror, Memories Best Forgotten will rivet the reader until the dramatic final pages.

"You can't always get what you want,

You get what you need."

After a motorcycle accident in October of 1968, Richard Parke-Taylor experienced peripheral vision loss, a tracheotomy, a broken leg, damaged facial features, and a severe concussion. He was in a coma for a while, and upon waking up had trouble remembering his own last name. However, he eventually discovered that he could suddenly remember—with remarkable clarity, right down to the details of specific incidents and conversations—his time spent in France in the late 1950s. Much like the quasi-fictional protagonist of his first book, None of the Above (initially published in 2015), Parke-Taylor lived in the PMQs of the Marville No. 1 Air Force Base. Throughout his life, Parke-Taylor worked previously as a small-town newspaper reporter and a nursing orderly for disabled war veterans. He retired in 1995 to care for his wife, Arlene, who had multiple sclerosis. She died in 2011, and Memories Best Forgotten is dedicated to her.