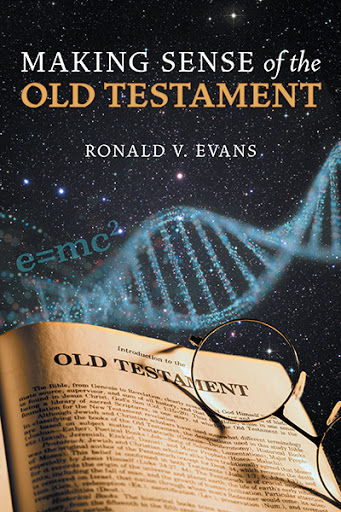 Making Sense of the Old Testament
by Ronald V. Evans

Have you read the Old Testament—all thirty-nine books from Genesis to Malachi? If you have, you know the challenge. The language is archaic with unfamiliar names and places. It is not an easy book to read.

To make sense of these texts, I have focused on the narrative of the Jewish people from Adam and Eve to Daniel in the lion’s den. I have summarized these documents chronologically in their context of Near Eastern History. As you read my commentaries, you will find the narrative to be much more than ancient history. It is an amazing story of resilience and survival that sheds light on the subsequent persecution of the Jews from Roman times to the present. I invite you to critique what I have researched as you draw your own conclusions.

I have added supplementary information at the end of the book which I think you will find relevant and interesting. These addenda include the geological clocks which measure the age of the earth, DNA evidence of Homo sapiens migrating out of Africa, an analysis of the story of Noah and the ark, three moral codes older than the Ten Commandments, and biblical, archaeological discoveries.

Folklore does not mean it is nonsense. It means you have to look for

the reasons the story was written and the meanings behind the story.

In preparing for the ministry at the University of Toronto, Ron majored in Philosophy, with a minor in Near Eastern History and courses in Greek and Hebrew. He then completed a Master of Divinity degree. After five years as a pastor, he became a high school teacher and counsellor. Now retired, he lives with his wife, Lois, in a condominium community with time now for tending a rose garden, writing, duplicate bridge and choral singing.