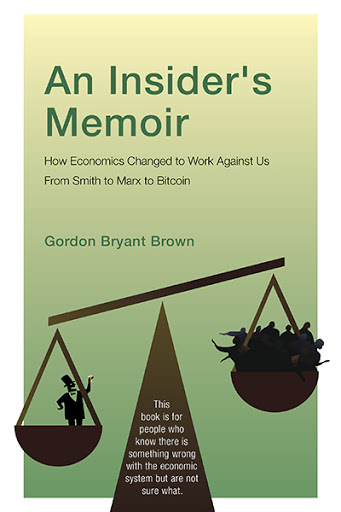 • Why is there so much national debt?

• Where has the middle class gone?

• Why do my kids have less opportunity than I did?

If so, this book is for you!

• 97% of money is created by the banks, not by governments.

• Adam Smith did not say an invisible hand guides the markets.

• Government debt was static until the mid-1970’s and has soared since.

• About 1/3 of an average persons’ spending is goes to banks as interest.

• Corporations are using treaties to overrule nations and democracy.

• The TARP bank bailouts were the biggest theft in history.

Bryant Brown is a business turn-around specialist with an interest in the bigger subject of economics. He has also been a community organizer, worked for both multinationals and small co-ops, travelled much of the world and brings that experience together into a readable analysis of the economic world today.