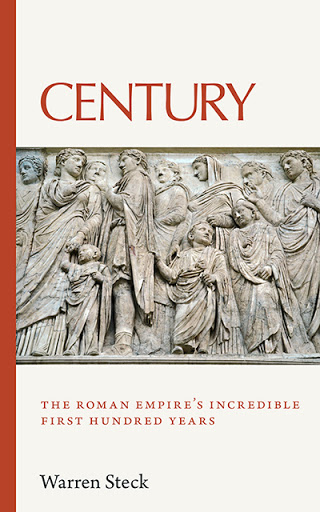 Caesar Augustus; John the Baptist; Emperor Nero; King Herod; Jesus of Nazareth; the burning of Rome; the Roman conquest of Britain; the fiery destruction of Pompeii; the Roman-Jewish War; conquests, scandals, intrigues, terrifying cruelties, extraordinary deeds and unforgettable personalities. The first century saw them all. Two thousand years ago, a new world -- our world -- was being born. CENTURY is the story of those fabulous hundred years.

"​There is a breezy contemporaneity to the author’s narrative approach that breathes new life and vigor into Roman history. Furthermore, this is a well-researched volume that includes maps, charts of the great families, and an extensive bibliography. It is unusual that a history book skips along at the pace of a thriller, but that is certainly the case here, such is Steck’s refreshing approach.

An unconventional but captivating, multifaceted study of the Roman Empire." - Kirkus Reviews

Warren Steck is a well-known Canadian research & development executive. He holds several university degrees and has written extensively in science and history, with more than one hundred books and articles. CENTURY is his first "documentary novel".

Century has been nominated by our staff as one of their favorite books.