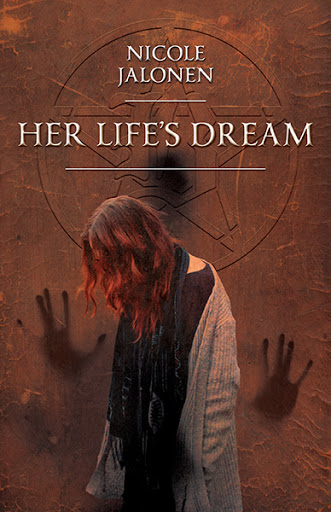 Her Life’s Dream
by Nicole Jalonen

Britney Summers , disabled ,prophesized witch , meant to fight evil using her foretelling dream power . That warned her when evil was threatening both the mortal and magic worlds she had grown up in. Was now dead . Knowing what she does about the magic world the now 40 year old woman is determined not to stay dead!

Even though she is reunited with her mentor and friend who taught her about publishing when she was a child as soon as her spirit reached heaven. Britney escapes heaven and searches the mortal world for a lonely live body and finds just thst!

Enter fifteen year old Tammy Antoine .coming from a mortal family of five kids. The fact she is the oldest of all the kids Tammy is quiet and shy and very responsible !

And that makes her perfect.

Britney’s spirit hunts for a body to possess and finds Tammy and torments her until the spirit is able to possess her long enough to get her to starolton where the fifteen year old is saved by Andy summers. Britney’s brother and together he and Britney’s sister ruby try to get the mortal girl home. Yet they are unvleliebong when Tammy says Britney’s ghost is trying to possess and haunt her!

Or will Britney torment and haunt the mortal girl until she breaks and gives in so Britney will live again!

She’s saves so many lives will she ever get her life’s dream ?

Disabled from birth with what’s called Hydrocephalus . Nicole Jalonen knew she always wanted to publish her stories. Then she started high school and spoke with a guidance councillor who asked her what she wanted to do with her life. Which Nicole replied. “ I want to publish my stories some day.”

Within a week she met another author, a man named Terry Boyle who said bring me one of your stories I read it and in a week tell you if they are good enough to publish.

After a hard week of waiting Terry Boyle pulled her out of her English class in grade 10 and said. “With a little teaching your stories could be great and be published .

Her Life’s Dream will be available in the FriesenPress Bookstore soon.