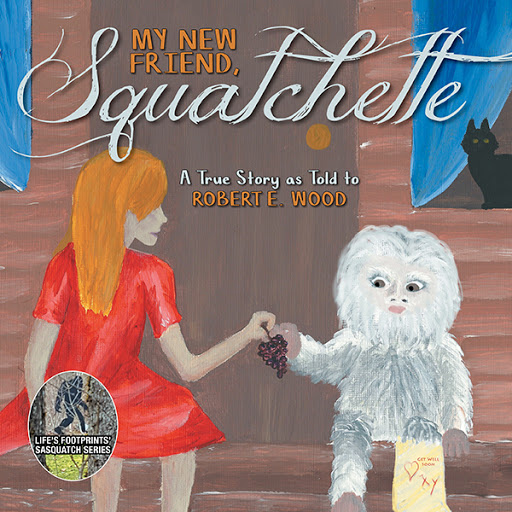 Here is a story of human kindness and love that reaches across every last point of difference there is. My New Friend, Squatchette tells the tale of a little girl, Xylina, who lives in a beautiful part of the world with her grandfather. In this lush forest setting, where berries can be plucked off branches and squirrels are abundant neighbors, the pair make the most extraordinary discovery. A mommy sasquatch ferries her injured sasquatch baby to the edge of their home at the foot of a half-ring of high timbered mountains and hopes for the best from these terrifying humans. Over the next several weeks, the best is revealed, and a remarkable relationship takes shape among the members of this unlikely grouping in this scenic, nature-steeped setting. Xylina names the baby Squatchette, and takes great pains to ensure her comfort and healing. When the pair eventually takes their leave of one another, it is in an illuminated state. This relationship is at the heart of the book, and it is what makes the story soar. Such magic is to be expected, after all, in such a magical setting.

“Imagination is more important than knowledge,” Albert Einstein allegedly said. Author Robert E. Wood, who took great delight in crafting the world and story of My New Friend, Squatchette, couldn’t agree more. Having spent an energetic childhood in the Black Hills of South Dakota, the child of a sort of “mountain man” who couldn’t afford toys for his kids, Wood cultivated his creativity early on. In their endless pretend games, he and his two younger brothers helped the Lone Ranger and Tonto catch bad men and swung through the trees with Tarzan. Later, Wood committed some of this imagination to paper. My New Friend, Squatchette is the latest product of these efforts.

Wood lives in the same exuberantly beautiful natural setting as his characters do, with his sweetheart on a five-acre parcel of critter-inhabited land with a stream. He’s been writing and publishing family and corporate histories for over thirty-five years. He’s also written and published several children’s stories about magical adventures that invite readers to engage their imaginations.

Wood plans to write more in a series about Xylina’s adventures with her grandfather in his Life’s Footprints’ Sasquatch Series.