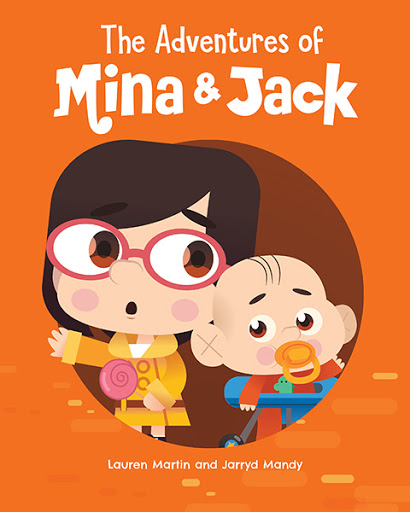 The Adventures of Mina and Jack is a children’s series based on the viral ‘BBC Dad’ sensation in which two precocious children hilariously interrupted their father, Professor Robert E. Kelly, on a live BBC news broadcast. The event became a timeless family moment seen around the world with over 27 million views.

Based on the two charismatic rugrats, The Adventures of Mina and Jack is a fictional series in which two crime-solving siblings follow their dad around the world getting into trouble and inadvertently solving cases.

Lauren Martin and Jarryd Mandy are a Brooklyn-based couple.

The Adventures of Mina and Jack will be available in the FriesenPress Bookstore soon.