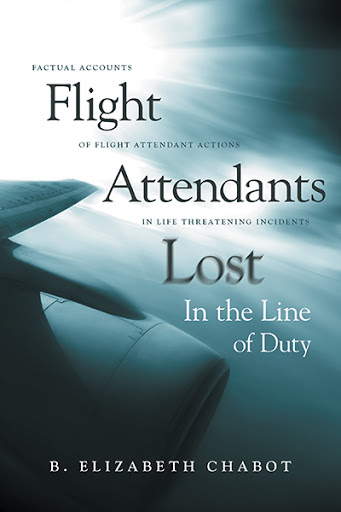 “The pilots were attempting to return to Honolulu but with the failure of both engines on the right wing of the UAL 747, combined with massive structural damage, there was a very real possibility that they would be required to ditch. The thought of ditching into the ocean in the dark of night is daunting. The flight attendants could have secured themselves in their jump seats but instead stood in the aisles to prepare their passengers. The roar of the air rushing by at a speed of 190 to 200 knots was deafening in the cabin. The flight attendants could only “mime” the instructions for passengers to look at their Safety Cards and to demonstrate the donning of life vests.”

“The Aloha 737 was severely damaged, literally now a convertible and was in emergency descent with speeds of 280 to 290 knots. The roar of the wind was deafening. The forward flight attendant had been sucked out of the cabin as it ruptured. The aft flight attendant was seriously injured. The mid flight attendant, suffering minor injuries and being the only one able, rather than securing herself in her jump seat, she crawled up and down the aisle calming her passengers and assisting the injured.”

Flight Attendants Lost offers a fascinating look into what went on inside the airplane from actual aircraft accident and incident case studies spanning decades and countries. The book covers the intense training, the ongoing vigilance, the behind the scenes team work and the committed actions of flight attendants in emergency situations. It uncovers the complexities of aircraft safety design and makes sense of the reasons behind safety rules and regulations making this book an educational must read for air travellers. Flight Attendants Lost is not only an eye-opener but is a reassuring read that will make you look at flying differently. It is also a beautifully written memorial tribute to the hundreds of flight attendants who, over the years, have given their lives In the Line of Duty.

"A fascinating read for all who board commercial airliners. For pilots, an excellent review of some "legacy" accidents and a grim reminder of how "routine" can turn to catastrophe in seconds. For flight attendants, a memorial and testament to their duty, courage and sacrifice as they instantly became the true first responders at survivable crash scenes. For passengers, who wonder about the true duties of FAs. And a hefty slap to those passengers who believe that their egos and personal "rights" trump the lawful safety orders of FAs." Captain (Air Canada retd) A. Kent Smerdon,  Author; "Flight Lines; assorted lies, recollections and war stories" Friesen Press

“Wonderful.  I found it extremely interesting, could not put it down. It felt like I was right there on those aircraft, even though it has been years since I was an FA. I think everyone who has ever worked as a flight attendant, will stand up and cheer when they read it. All passengers should be required to read your book!” Janice Wilgus Henry – Former Eastern Airlines Flight Attendant

“After reading this book I looked at the flight attendants and the entire flight experience differently. Very informative, making it a great read for the travelling public. “ John H. Dean- Civil Engineer and frequent flyer 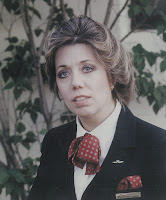 Brenda Chabot has her roots in the airline industry having worked as a Flight Attendant and In-flight Manager for Wardair Canada. She began teaching in-flight training with Wardair and continued her aviation career as Manager of Training and Recruiting for Odyssey International Airlines. In this role she worked with Boeing in Seattle on the selection and installation of cabin emergency equipment during the purchase of two new B757 aircraft.

After leaving Odyssey she began working at Toronto's Lester B. Pearson International Airport, for Lockheed Air Terminal of Canada in the role of T3 Incident Site Management responding to various situations as they occur from airport / airline operational concerns to major emergencies. Also, in this role she developed and presented Aircraft Safety and Evacuation Training to Mississauga Fire and Emergency Services. Brenda was selected to become a member of the GTAA Critical Incident Stress Team.

Brenda’s love for aviation continues as she pens this book on the factual role of flight attendants in aviation and the current issues facing commercial air travel employees. This is her first book. Brenda currently resides in the Caledon hills, north of Toronto.