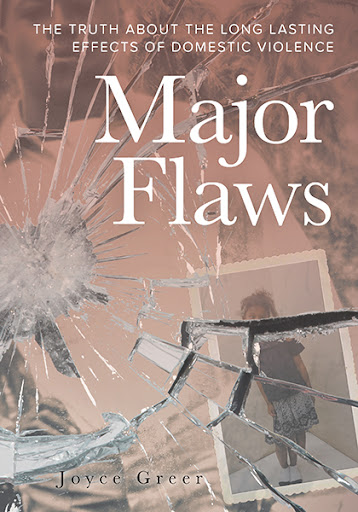 Major Flaws is a non-fictional, psychological thriller based on true events that occurred through decades of violence in the Graves' family. For many years they thought they held it together until one of them started to unravel and the truth was revealed. The horrifying details of their agonizing childhood was on display during Gwen Graves murder trial. Two years after killing her husband, Wendell. The terror they endured was a denunciation passed down through generations as far back as their slave ancestors. Despite their perceived demure character, each of them possessed a diabolical lineament...enough rage to murder the ones they loved. There was a darkness within the Graves' family. It was fueled by pain, hurt, hate, anger and pervasive fear. The terror returned years after their parents passed the baton to their adult children. Those old enemies had been re-awakened and another cycle of blood had begun.

The author is a retired police detective. During her career in law enforcement, she was one of a handful of investigators that worked under VAWA-Violence Against Women Act. The new law gave offenders stiff sentences and provided advocates for victims who were in fear of their abuser. She grew up in a dysfunctional family inundated with physical violence, emotional abuse, sexual abuse, drug, alcohol and gambling addictions. She has made domestic violence her life's work not only as her career but also in her retirement. Her violent childhood caused her to be predisposed to Intimate Partner Violence she endured for years that almost took her life. Her faith in God and therapy allowed her to complete her Master's degree in Family Counseling and provided her with the right tools to fight back and live a peaceful, fulfilling life. She has created a blog to mentor, discuss and advocate others.