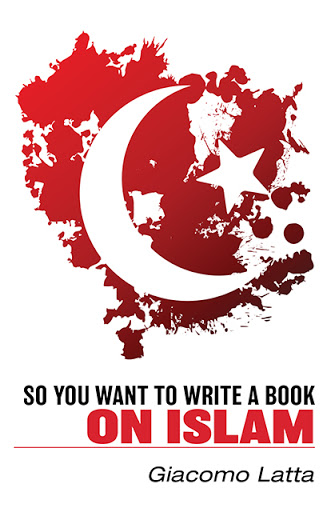 This book is nominally the results of an attempt to find a publisher willing to contract with the author for the printing of a thesis on the inability of Western liberal society to critique Islam without applying a politically-correct glory-to-Islam bent to opinions and observations. As the title suggests, it is far easier to find a pro-Islam book than one that even suggests that Islam needs to be placed under investigation, even after declaring a tabula rasa where opinions on it are concerned.

Once the publishing problems have been identified and explained, the book continues with the results of a study the author has performed on this religion which is difficult to treat as a religion when viewed through Western eyes. The contents are a no-holds-barred record of everything attached to Islam in its early days and much of what has been proclaimed by Islamic scholars and religious pontificators in later years. This is not an Islam for Dummies sequel. It delves into all books (booklets, really) that compose the Koran. It explains what is written with the aid of behind-the-scenes information since what is written in the Koran is not always explained. When you are nothing less than the only living prophet of Allah then explanations are not required. Clearly its sole author, the prophet Muhammad, felt he was not shown the kind and amount of respect that prophets of Allah deserve as he felt a need to explain why he did not practise what he preached.

Once you have finished this book and understand what Islam is all about you will be saying to yourself, “This is a religion?

The author is a child of Western liberal civilization who has enjoyed the rights and privileges that it has given him and has not begrudged the responsibilities that it has put upon him. Like so many others he was shocked by events at the World Trade Center in New York on September 11, 2001. What differentiates him from so many others is that he did not take a one-off judicial approach to see justice served then proceed to move on with life until the next similar event. He wanted to know why this event had occurred. Common liberal media themes spouted at the time were: poverty; Middle East conflict involving Israel; its very existence; and international politics, might and everything else American. Precious little time was spent on determining why the individuals who committed this atrocity did so and why there are so many others that would be willing to take their place should the instigators be assassinated in their turn.

Given that the two things that always emanate from Middle-Eastern terrorists when a microphone is ready to record them are “Allah Akbar” and “Death to America”, it seemed to the author that the religion of these terrorists, Islam, needed a deeper study. While he admits that reading the Koran left him with a feeling of disgust, he nevertheless persevered and was able to read the Koran in its entirety, not such an infinite task in hindsight, and with additional study was able to interpret the verses of the Koran.

Furthermore, he could not ignore the obvious fact that he had trouble finding publishing support, ergo the book title, for reasons he enumerates in the book. He treats the contents of the Koran as they should be treated: with disgust, a yawn, scorn, a rejection of its “morals”, and humour, whenever the situation begs for one or the other. The result is a book that informs the reader what Islam is all about, from its inception to the present day. A caution to all present-day liberals and ultra-liberals: you may learn more about Islam than you really want to.