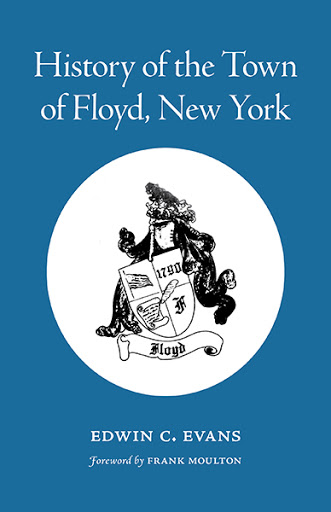 History of the Town of Floyd, New York
by Edwin C. Evans

Named after General William Floyd, one of the 56 who signed the Declaration of Independence, Floyd, is a small town in Central New York State in close proximity to not only pivotal points in the Revolutionary War, but also in the first radio transmissions from the moon, and the first reports of the 911 tragedy at NORAD, at the former Griffis AFB abutting the town of Floyd. Floyd is home to approximately 3700 people as of the 2015 census.

The town was begun by settlers in a wild, yet untamed land in an area called by locals The Punch Bowl.

Immigrants from other parts of the world came to settle. There was ethnic diversity, and varying views on matters of politics, but the people who were enterprising enough, stayed to begin families some of which are still here. They were not always well educated. In fact, there were some who would now be considered callous and even far from the norm. That being only a small part in the making of and the growth of a place many know as home. Personalities ran from colorful to dour, leaving a blend of flavors in this melting pot.

Served as Zoning Board chairman.

Was presented with the Fort Stanwix Mural by Griffiss Air Force base commander Col. Elton J. Hall for the Town of Floyd.

Instrumental in the design, and placing in the town hall the air-brushed mural of the “The Punch Bowl Village.”

Instrumental in procuring the Camroden Church.

Instrumental in the forming of the Floyd Historical Society.