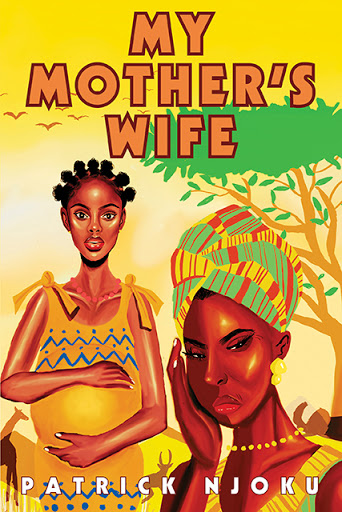 My Mother's Wife
by Patrick Njoku

In the wealthy, polygamous household of Jeremiah Dike, first-wife Helen feels she has not been accorded the status she deserves, because unlike Jeremiah’s younger wives, she has not born him a son. But Helen is a woman who is used to getting exactly what she wants, and so she hits on a plan…to take a wife for herself and to declare that wife’s son as her own. That’s when pregnant, sixteen-year-old Rebecca joins the Dike household, escaping the scandal of an out-of-wedlock pregnancy, by becoming Helen’s wife. But when the expected son turns out to be a girl, Helen’s plan requires some major rethinking. This state of affairs results in an enormously complicated family dynamic, in which white-hot conflicts arise, unexpected bonds are forged, and vast reservoirs of love are tapped.

Peopled with the colourful, diverse, and frequently oppositional members of an extended Igbo family in the years leading up to and including the Nigerian Civil War, My Mother’s Wife paints an indelible picture of a unique and fascinating culture, which will come to face a genocide that threatens to destroy it.

Patrick Njoku was born in Nigeria, but left his homeland some time after its devastating Civil War to study writing, Greek, and business studies at Aristotle University, in Thessaloniki, Greece. In 1985, he came to Canada, where he met his wife Geraldine and started a family of three sons and eventually a granddaughter, his “Princess Nayeli.” Retired after a successful career in the pharmaceutical industry, he began reflecting on his experiences and observations growing up in the rich Igbo culture of pre-Civil War Nigeria and during the war itself. Though My Mother’s Wife is fiction, it is firmly rooted in his own family history. Patrick and Geraldine live in Brampton, Ontario. My Mother’s Wife is the first book in a planned trilogy.

My Mother's Wife will be available in the FriesenPress Bookstore soon.