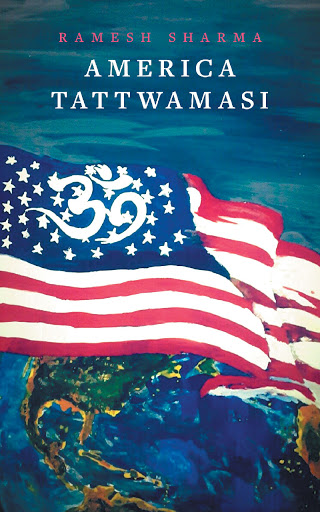 America Tattwamasi is a unique mix of religion, politics and spirituality, expressed in poems trying to fathom the depth of philosophy, surrounding our life and the universe. Most importantly, it has offered a wonderful vision of looking at America, the only superpower on earth, by perusing its national character from the perspective of the Upanishadic doctrine, based on the ‘Universality of Spirit’. Truly speaking, America Tattwamasi is a revolutionary outburst of a Hindu heart (since the author has identified himself as a Hindu in one of his poems) that dares identify America with fundamental principles and ideals of the Upanishads and the Bhagavadgita. Not least, it goes to the extent of describing this country as the only de facto Hindu State on earth. Perhaps much to the consternation of the entire world, it further segues into the proposition that America be formally declared a Hindu State. Meantime, by incorporating a poem entitled ‘Kalopanishad’, the author seems to have dared make a bold attempt at redefining and reinventing major religions of the world, virtually in keeping with changed realities of the 21st century. Specially, the mordant criticism this book has reserved for the anomalies and distortions that have plagued major religions, is unusually dauntless and intrepid. Trenchant discomfort expressed about some of the policies of incumbent administration — that the author believes have sapped America’s confidence — has added to the piquancy of the book. Replete with exquisite flavor of patriotism and philosophy, America Tattwamasi is indeed an echo of Emerson and Whitman combined. 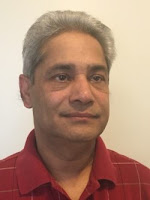 Renowned journalist, Ramesh Sharma, by exposing the King’s conspiracy, was successful in giving single handedly a new direction to Nepal’s struggle for democracy in 1990. He had also successfully led the trade union movement in government-owned newspaper organization where he worked as an editor for almost one and a half decades. Amidst chaos and terror in the wake of then King’s usurpation of power, Jayatu Sanskritam Mahasabha, under his leadership, had been the first political organization in February, 2004 to publicly call for the replacement of monarchy with Republican Democracy in the kingdom. Profoundly influenced by great Eastern philosophers, Sharma has always remained an impassioned advocate of the Upanishadic doctrine, often described as ‘Universality of Spirit’. His iconoclastic approach to religion and spirituality tends to border on an open rebellion that dares defy established conventions of major belief systems. A long time social worker, Sharma, has been living in the United States since May, 2004, along with his family.