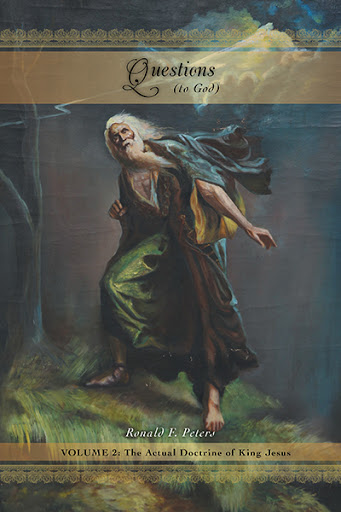 The Christian Holy Bible says there are two baptisms. Nicodemus was told in St. John 3:5 “except a man be born of water and of the Spirit, he cannot enter into the Kingdom of God." There is water baptism, and the baptism of the Holy Spirit. What makes them both very important? God made two contracts with earth people, called covenants. What has changed in the second contract? These contracts are only valid and legal, if they are officially accepted. Today, we accept contracts with an official signature. The first contract was accepted by circumcision. If a male wasn’t circumcised, he did not have a valid contract with God. How is the second covenant to be accepted and validated? When King Jesus left planet earth, and knowing that he was leaving for many centuries, what five things did he instruct us to do? Is God flexible, and is he democratic? How does God want us to be involved with politics? You’ll be amazed at what God actually says.

Ron Peters has a wife and two grownup sons. Ron’s wife is from Dublin, Ireland, but they met in Calcutta, India, where Ron was a missionary. Ron has been a Bible teacher in 16 countries. They now live in White Rock, British Columbia, Canada.