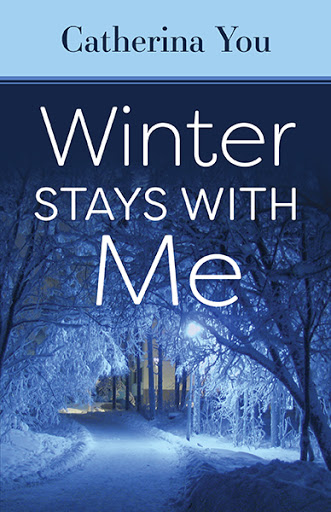 Winter stays with Me
by Catherina You

With her wound dripping with blood, a girl appears at the gate of a foster shelter...When Elina and her brother William discover that they have been denied humanity from birth, they decide to make a new life for themselves. As they fight the long-lasting battle to survive, the sinister truth slowly unfolds. When the deceit is finally revealed, is it still too late for Elina and William to save themselves? The book surrounds the loveliness of family life, the selfishness of human beings, the bloody battle of survival, and the only characters that prevail through life and death: forgive, love, cherish, live.

Being a normal human doesn’t mean that one has already won the battle of survival. Being a clone doesn’t signify an automatic loss in this battle. It only means that one has to try harder to win.

Catherina You started writing when she was ten years old, having been inspired by all the wonderful stories she has read as a child. With English being her second language, it has always been an interest of hers to play with languages and words. After achieving extraordinary results in speeches and interpretation of Chinese and English, she became determined to share her ideas and stories with the world. Combining reality, deep feelings and tremendous imagination, she has created a compelling tale that readers will never forget. Now, she is studying in Oakville and working on her passion with words and stories. Winter Stays with Me is her first novel at the age of fifteen.