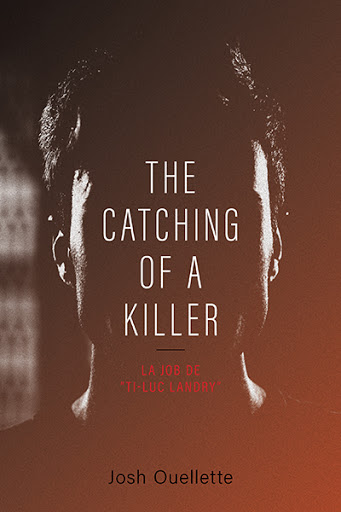 On September 1, 1997, Ronald Lougheed’s body was discovered in a wooded area in Windsor, Ontario. He had been shot in the head with a single .22 caliber bullet.

Initially, the police had few leads, but things started to come together when a local salvage yard operator informed them of a 1979 White Buick Riviera with traces of blood inside. The blood matched Lougheed’s. After arresting and interrogating the vehicle’s owner, Ken Legace, a member of Windsor’s West End Gang, police narrowed down their list of suspects to two: Wayne Joseph “Wahoo” Ross and William Murdoch Mackenzie, both members of the West End Gang.

Now to prove their guilt.

To do so, they needed someone who could infiltrate the West End Gang; someone whom the gang members would trust, who came from their home region of northern New Brunswick.

Enter Josh Ouellette, a.k.a. Ti-Luc Landry: an undercover officer with the Bathurst Police Force. A veteran of many undercover operations throughout eastern Canada and a native of the same region as the crew of the alleged killer(s), Josh was the perfect man for the job. But catching Lougheed’s murderer would still be a difficult and perilous task every step of the way.

Written from a vivid, first-person perspective, Josh details each stage of the operation, including the anguish and fear he experienced as he attempted to infiltrate the gang and bring Ronald Lougheed’s killer to justice. What emerges is a true crime story of the highest caliber that will keep you riveted right up to the last page.

This book reflects one undercover police operation where the author was brought in from his home province of New Brunswick at the request of senior homicide investigators in Windsor , Ontario. The author infiltrated a group of criminals known as the West End gang. His task was to identify the person (s) responsible for the shooting death of one Ronald Lougheed, a member of the same group. Windsor police investigators requested a French speaking police officer who spoke and understood the dialect of the Acadian culture of New Brunswick.

Chief Josh Ouellette CD (retired) is a military police veteran who also served as a municipal police officer in Canada for over forty years. Josh started his law enforcement career at nineteen in the Canadian Forces Military Police. After leaving the military, he went on to serve in several provincial and municipal police forces in New Brunswick before retiring from his law enforcement career, in 2015, as the chief of the BNPP Regional Police Force in northern New Brunswick.

Married for over forty years, Josh and his wife have three adult children and four beautiful grandchildren. They reside in a small fishing village on the northeastern coast of New Brunswick. Josh plans to make The Catching of a Killer the first of many books detailing the over 100 undercover cases with which he was involved throughout New Brunswick, Ontario, and Maine.

The Catching Of A Killer will be available in the FriesenPress Bookstore soon.