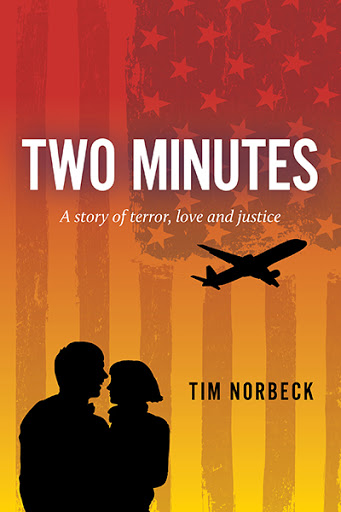 Two Minutes
A Story of Terror, Love and Justice
by Tim Norbeck

Andrew James, a 61-year old widower and internist, travels from his home in Florida to Raleigh, North Carolina, to give a speech to the state medical society. The trip is uneventful — until a passenger across the aisle abruptly stands up and exposes what James believes is a bomb device. The physician’s decisive action leads him to become both a national hero and, initially unbeknownst to him, a target of the FBI. That incident — those two minutes — profoundly changes a life and leads to an unexpected reconnection.

Told from the perspective of an upright citizen with a 1950s American middle-class upbringing, this is the account of the physician’s life through the months following his heroic, misunderstood, possibly criminal act.

His story touches themes of friendship and loss, opens a small window on our post 9/11 justice system, brings in wide-ranging American history and trivia, offers a bit of a Valentine to post-war Buffalo, New York, and is, in the end, a love story. 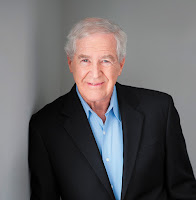 Tim Norbeck is CEO of a national healthcare related foundation, and is recognized as having significant expertise on many diverse issues impacting America’s healthcare system. A 50-year career working with physicians and in organized medicine has afforded him the opportunity to speak to national medical and other organizations across the country. His numerous writings and articles have appeared in a variety of industry-related and

other publications including periodic blogs for Forbes.com. This novel is his first serious foray into fiction.

Two Minutes will be available in the FriesenPress Bookstore soon.