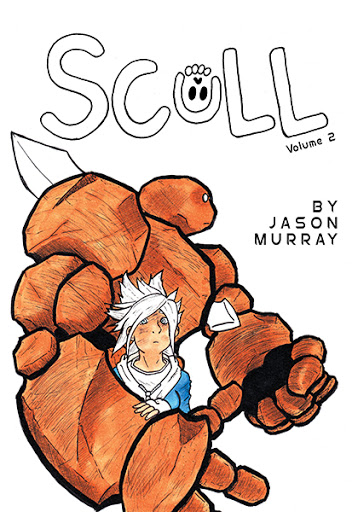 Separated from Kyra by over a century and unknown to her, even though they share a common goal, Scull is forced into combat with a ruthless soldier named Vandal. With their run-and-gun fight tearing through an alien vessel, Scull and Vandal cause an unstoppable streak of destruction. Led by the scientist Dientose, the aliens hatch a plan to destroy the battling duo before they take the entire ship down. Once the aliens funnel the two combatants into the shuttle bay, the trap is sprung . . .

Across the vastness of space and time, both Kyra and Scull must fulfill their mission, or soon there will be nothing left of the universe to save.

Jason Murray has been an artist from a young age and draws inspiration from a wide range of styles and sources. Scull is his first graphic novel project and has been a passionate journey for two decades. More of his work is available online at atlinfahl.deviantart.com.