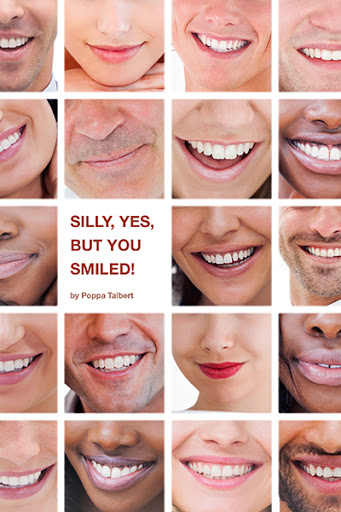 Silly, yes, but you smiled!
by Poppa Talbert

The world turned upside down and inside out with no regard to the sanctity of history, people, places and things! Life should be this ridiculous so we can all just scratch our heads and smile!

Methusalah lived an incredible 969 years, suffering only from occasional irregularity.

In 2010, Boston health officials made it legal for restaurant patrons to share their dentures with fellow diners if the need arises.

From 1908 to 1911, Thomas Edison took a break from inventing "stuff" to play third base for the Yankees.

It was the ancient Egyptians who initiated the concept of "4 easy payments of just $29.95".

Fell in love with rock & roll in '55 & the affair still persists! Avid record collector, record promoter in the 60's, DJ in the 70's & 80's. I have opened a few oysters part-time over the past 43 years and found a few pearls, the most valuable one being my wife, Donna. I will read anything that sparks the imagination, I love movies that provide the same. Hats off to all the comedy writers that have provided the inspiration: Woody Allen, Neil Simon and the very great Nat Hiken!

Silly, yes, but you smiled! will be available in the FriesenPress Bookstore soon.