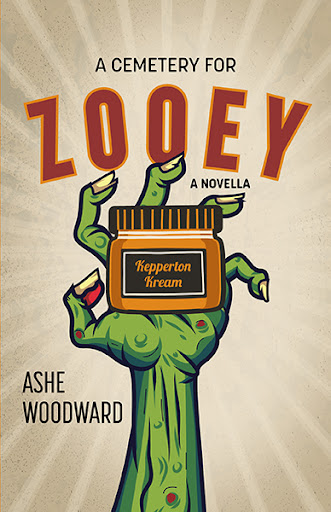 A Cemetery for Zooey
A Novella
by Ashe Woodward

For Zooey, there’s nothing more rewarding than digging graves––and she’s really good at it. It may not be glamorous working next ghouls or kissing up to her bully of a boss, but it’s probably the best that a Beast like her could do.

But when there’s a sudden surge of monsters to be buried, Zooey wonders not only if she can keep up with the demand, but if there is more to the story. With the help of a freshly dead heiress, Zooey sets out to stop a raging epidemic in her small town to prove to everyone, including herself, that she can do much more than she ever thought possible.

With pandemic undertones, A Cemetery for Zooey is a quirky horror that examines issues of race, class, gender and the cost of living as an inauthentic version of yourself. 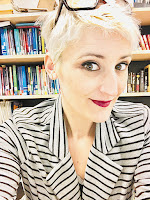 Ashe Woodward has been writing stories since she could type on a Commadore 64. Monsters of all kinds are her jam and she loves the adventure of exploring ‘where’ and ‘why’ they thrive in the human imagination.

She lives in Ontario, Canada with her husband, Tim, and their two dogs, Jake and Bella, who were (she swears) accidentally named after Twilight characters.

You can learn more about Ashe and her other works at ashewoodward.com.