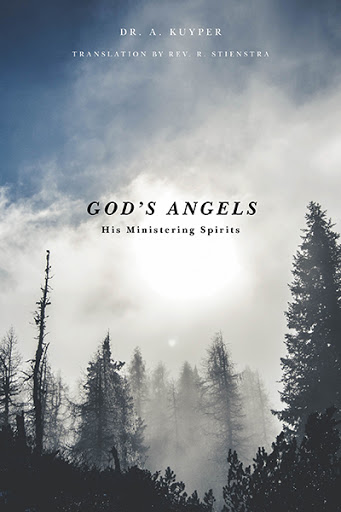 God's Angels
His Ministering Spirits
by Rev. R. Stienstra and Dr. A. Kuyper

God’s Angels: His Ministering Spirits is clearly the work of a mature, highly educated and experienced author. Dr. Abraham Kuyper (1837-1920) produced the book toward the end of his life, after he had given strong leadership in church matters, founded a university and also a Christian political party, and served as Prime Minister of the Netherlands. His extensive writing in the areas of theology and the Christian life-view prepared him finally to focus on the subject of angels. It was a privilege and a challenge for me to make this highly significant book available to the English speaking people. The book pursues all sorts of facets in the life of angels. From when they were created to what their task really entails. The falling into sin of a large number of angels is important for the human race. Why is there a Satan? Do people have a guardian angel? Will the angels be there when we die? Many questions are answered. This book will make the readers think and become enriched with greater Biblical and practical knowledge.

Having received his high school education in the Netherlands before immigrating to Canada at the age of 15, Richard Stienstra became an electrician until the Lord called him to the ministry when he was 29, and with a wife and three children, he completed the seven years of college and seminary before moving into the parsonage. They had three more children. He served six churches in the USA and Canada, and when finally needing to retire fully, became the translator of a number of books. Having preached sermons in the Dutch language in his early years, and having used many Dutch books for preparing sermons, he has an excellent background for translating important books from the Dutch into the English language. In the pursuit of a DMin. degree Richard Stienstra produced a study manual on Genesis 1-13 which was used by various study clubs at that time. The books translated before this one are THE TRUE FAITH, by S.G. De Graaf, which Stienstra had used many years in the process of making sermons. The other book is LIVING BY FAITH: A VISION OF DORT by N.Vander Want, and is a Biblical daily devotional based on the confession called the Canons of Dort.

God's Angels will be available in the FriesenPress Bookstore soon.