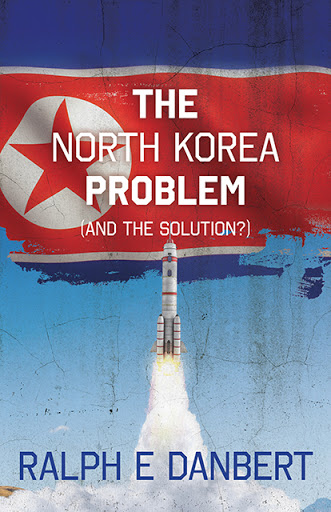 The North Korea Problem
(And The Solution) by Ralph E. Danbert

North Korea, as a nation, has been going down the road of self-discovery since they were severed from South Korea in 1953. Trying to identify themselves as a world class nation, they have built one of the larger armies in today’s world. This is the road they seem to feel must be taken to attain international stature. Most of the rest of the world sees it differently.

The United States of America becomes aware of North Korea’s preparations to attack their homeland and are working toward a better dialog with the them. Having no success with diplomacy, the United Nations initiate sanctions to pressure the leaders of North Korea to back down with their nuclear and missile development. They do not. Sanctions present hardships for the people, but the leaders think they can force the world to accept them as a nation and they ignore them.

Designed and built naval destroyers, naval research vessels, and passenger ferries. He branched into nuclear research as a designer for a nuclear research establishment and served as a project manager for Vancouver, B.C. transit’s Skytrain. He grew up in Vancouver, British Columbia, Canada, and enjoys skiing, curling and flying.

The North Korea Problem will be available in the FriesenPress Bookstore soon.