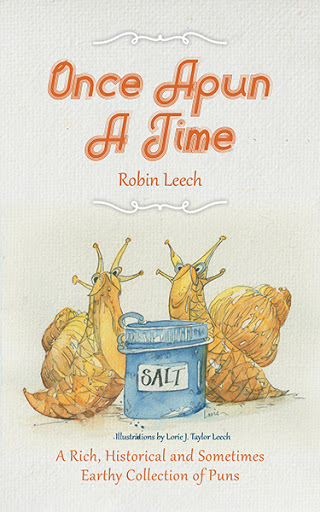 Once Apun A Time
A Rich, Historical and Sometimes Earthy Collection of Puns
by Robin Leech

Many puns are fleeting and transitory, devised and stated in a flash for a situation or immediate condition (see Word Plays, Puns Intended on the Internet). These kinds of puns can rarely be retold effectively, as the event that triggered them in the first place does not reappear exactly as before.

But some puns are enduring! These can be memorized and told over and over in different social contexts and events, each time with the same overall effects - enjoyed by the teller, and enjoyed by the appreciative audience, albeit with some groaning. Some of the enduring puns are tongue twisters, so tellers are advised to practice telling them in private so as not to miss any key words that might lessen the effects of the punch lines. Other puns are timing precise, so a miscue, or mistiming destroys the intended effect. 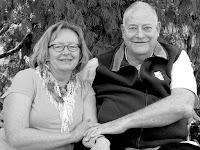 Robin Leech, P.Biol., graduated from UBC (1963) in Botany and Zoology with a minor in English. His MSc (1965) and PhD (1971) were taken at the U of Alberta, Edmonton; NRC post-doc fellowship in Ottawa. Both graduate degrees were on spider classification and biogeography. By 19, he had been to the Firth River near the Yukon coast. Undergrad studies were not continuous, as they were interrupted by an expedition to Africa, one to Indochina (bubonic plague research), and then two trips to Antarctica. He is a Charter Member of the American Arachnological Society, and serves on its Common Names Committee. He served for almost 40 years as an Associate Editor of The Entomological Society of Canada. He has two children from a previous marriage, and three grandchildren. His wife Lorie J. Taylor Leech is a fine artist and illustrator, and an educator (BGS; BEd.), who has come to enjoy working with and studying spiders. He is a Charter Member and Life Member of the Alberta Society of Professional Biologists, and from 2002 to 2009 was its Executive Director. He taught many different courses in Biological Sciences at the Northern Alberta Institute of Technology, starting in 1984 and retiring from there in 2002. He has 143 publications, mostly on spiders and arthropods, but also on such diverse subjects as reloading firearms cartridges and Canadian-made binoculars. For hobbies he repairs the older mechanical watches, does close-up photography, and teaches firearms safety courses.

Once Apun A Time will be available in the FriesenPress Bookstore soon.