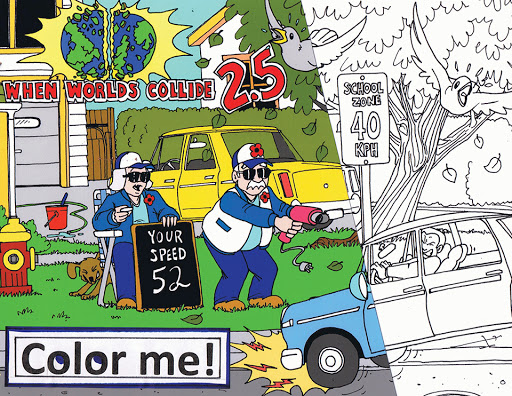 So, as we have already often suggested, sit down to make yourself comfortable, wither it’s just for the passing of some normally boring time during anything such as a road trip or just waiting for a favorite program to show up on television. Get ready to flashback to an era in time and place known as kindergarten, a location that had allowed you to experience and utilize a craft acquired when we were still protected from a grownup world. Our latest adventures have provided a virtually ‘full circle; opportunity to experience an ability acquired during that special time. Who knows’, something which can only be shown through the combination of hands on and repetition, might eventually end up having you recognized as one of the worlds’ greatest kindergarten stay inside the liners.

Yes they’re still with us, only younger than ever!