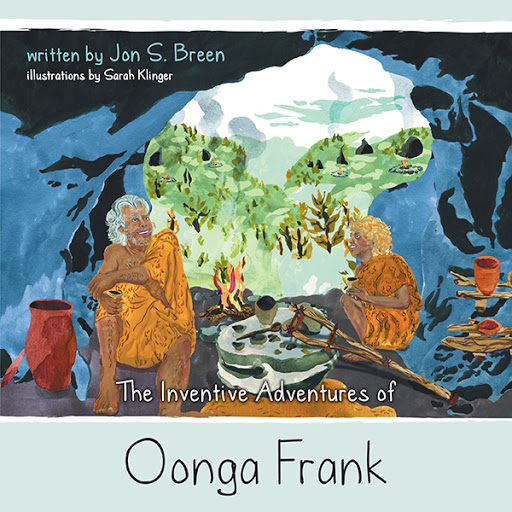 The Inventive Adventures of Oonga Frank
by Jon S. Breen

The Oonga Frank stories offer delightful and thought provoking explanations to the questions that continuously bubble to the surface of young minds. Why does this happen? What is that thing? Where does it come from? All of the Oonga Frank stories offer fanciful examples of these most basic questions that engage young readers - and offer ways to develop their own answers.

The first of these stories, “Oonga Frank Invents Porridge” , was created over 30 years ago, as a way to entertain and capture the imagination of the author’s young son, Eli. As he did, young readers will find a number of other opportunities for explaining, describing and naming, along with learning the answer to the central question of porridge.

During the time that Jon has developed the Oonga Frank series, he has operated private businesses, worked as a government official, and managed community, not-for-profit agencies. Most of his work has been related to matters of disability – providing training, developing mobility aids, creating employment opportunities, and engaging in policy and community development.

Jon’s recreational activities have included woodworking, canoeing and kayaking, archery, and a brief but spectacular attempt at downhill skiing. He has also been a member of the Canadian National Wheelchair Racquetball Team.

In 2013, Jon received the Queen Elizabeth Diamond Anniversary Medal for his community service work. He currently lives in Victoria, British Columbia with his wife, Vanora, after spending over 20 years in the Yukon. Jon is currently working on his PhD in social work at the University of British Columbia.

If you have any comments about this book, Jon can be reached at jon@jonbreen.ca

The Inventive Adventures of Oonga Frank will be available in the FriesenPress Bookstore soon.