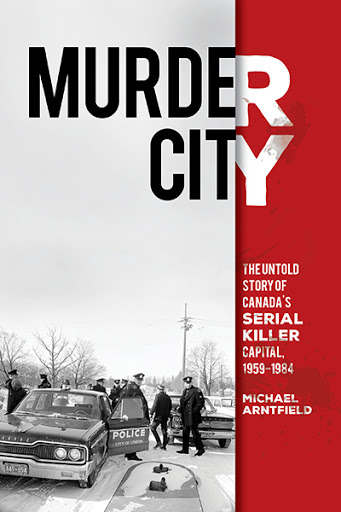 Like the mythic cities of Gotham or Gomorrah, London, Ontario was for many years an unrivalled breeding ground of depravity and villainy, the difference being that its monsters were all too real.

In its coming to inherit the unwanted distinction of being the serial killer capital of not just Canada—but apparently also the world during this dark age in the city’s sordid history— the crimes seen in London over this quarter-century period remain unparalleled and for the most part unsolved. From the earliest documented case of homicidal copycatting in Canada, to the fact that at any given time up to six serial killers were operating at once in the deceivingly serene “Forest City,” London was once a place that on the surface presented a veneer of normality when beneath that surface dark things would whisper and stir. Through it all, a lone detective would go on to spend the rest of his life fighting against impossible odds to protect the city against a tidal wave of violence that few ever saw coming, and which to this day even fewer choose to remember. With his death in 2011, he took these demons to his grave with him but with a twist—a time capsule hidden in his basement, and which he intended to one day be opened. Contained inside: a secret cache of his diaries, reports, photographs, and hunches that might allow a new generation of sleuths to pick up where he left off, carry on his fight, and ultimately bring the killers to justice—killers that in many cases are still out there.

Murder City is an explosive book over fifty years in the making, and is the history of London, Ontario as never told before. Stranger than fiction, tragic, ironic, horrifying, yet also inspiring, this is the true story of one city under siege, and a book that marks a game changer for the true crime genre. 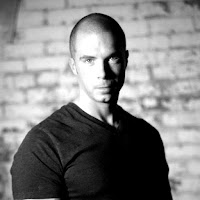 Dr. Michael Arntfield is a leading Canadian authority on cold case murders and serial homicide. Having served as a police officer in London, Ontario for over 15 years, he is now a criminologist and award-winning professor at Western University, also in London. He has been selected to serve as the 2016 visiting Fulbright Research Chair in crime and literature at Vanderbilt University, and has been an invited keynote speaker at universities and colleges across North America and Europe. He is also a member by special invitation with the Centre for Research in Forensic Semiotics at the University of Toronto’s Victoria College, and is a member of the American Investigative Society of Cold Cases.

On television, he is the host and co-creator of the true crime mini-series To Catch a Killer on the Oprah Winfrey Network, and syndicated internationally by A&E Networks—a series based on his own unsolved crimes think tank, the Western University Cold Case Society. His other books include Introduction to Forensic Writing, Practical Criminology, and Gothic Forensics: Criminal Investigative Procedure in Victorian Horror & Mystery, amongst others.

He is also the co-author or contributing author of numerous related works, including Homicide: A Forensic Psychology Casebook, Digital Death: Mortality & Beyond in the Online Age, Necrophilia: A Global Anthology, Criminology: A Canadian Perspective, 8th Edition, and A Social History of Crime & Punishment in America, as well as over a dozen peer-reviewed journal articles and research papers. He also works as an investigative consultant and resource for various media outlets, including with the CBC’s the fifth estate, and is the co-editor of a book series on literary criminology with Peter Lang Publishing in New York and Berlin.