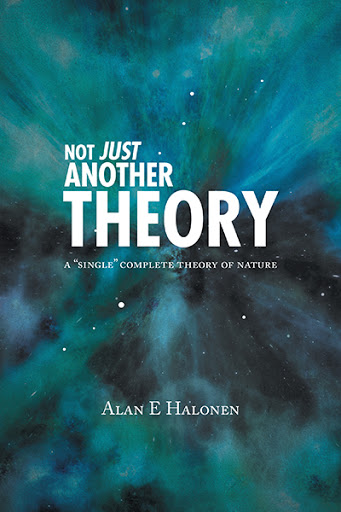 Something is deeply wrong with the field of physics and how it informs our understanding of the natural world. Despite years of effort, the theories of Einstein cannot be reconciled with our current approach to the strange effects we measure at the quantum level. No law of physics can stand alone, and yet the field is splintered into competing theories and disparate observations that work against attempts to unify science in a single theory of everything.

Using the fundamental nature of gravity, quantum fluctuations, and energy, Not Just Another Theory reimagines the interaction between all aspects of the physical universe to push towards a unified theory of everything free of the assumptions and gaps currently found in the scientific establishment. Far from rehashing old information, this complete theory of nature starts from the beginning by re-establishing what we know and how we know it to move past contradictory approaches and incompatible theories. It casts the whole universe in a new perspective, from the massive movements of galaxies to the tiny fluctuations of quantum loops. Our understanding of nature will never be the same.

“Science and religions can only ever exist as one, so if there is any part of our understanding of either of them that cannot be made to fit together, then that part also has to be discarded.”

After retiring, Alan Halonen began reading the works of physicist Brian Greene and other prominent writers, but found he questioned much of what he found. This launched him on a journey to understand, critique, and rewrite the predominant assumptions in physics, and to establish a new theory to change the way we understand nature.

He lives in Ontario on the shores of Georgian Bay, with his wife and their two pets.