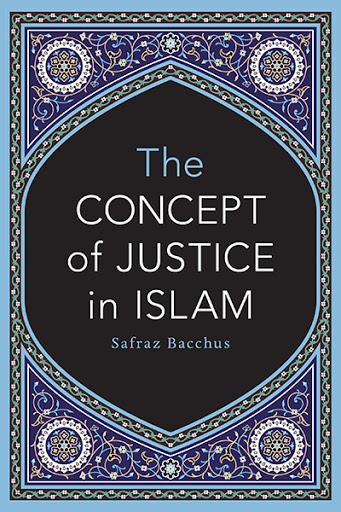 The Concept of Justice in Islam
by Safraz Bacchus

The book is laid out to outline the Islamic standpoint on justice and it's high standard.

This manuscript will attempt to clarify a major misconception that has gained widespread acceptance in some academic circles. The misconception is that the Muslim judge judges blindly according to a rigid set of outdated laws without giving due consideration to what is in the best interest of either the public or in upholding the rights of a person.

Finally, it will seek to demonstrate how the ethical standards that govern the conduct and office of the qadi reinforces the public trust and confidence in the Islamic judicial system as a whole. Given that the Islamic judiciary does not have the powers of the sword or the purse - powers that are reserved for the executive and the legislative branches of government - respect is said to be the greatest strength of the institution itself.Islamic law requires a Muslim judge (hakim or qadi) to conform to the highest ethical standards both in their personal conduct and in issuing rulings that are just and seen to be just.

Safraz Bacchus hails from the South American country of Guyana, in 1993, as a result of his out standing performances he was awarded a full scholarship sponsored by the government of Egypt in collaboration with the government of Guyana to peruse studies in the famous Al-Azhar university.

He had the privilege of sitting and studying with famed Scholars such as the Grand Mufti of Egypt Dr Ali Gomah, Shaykh Habeeb Ali Jiffri and Dr Omar Hashim, former Chancellor of Al Azhar.

Upon his return to Guyana, Shaykh Safraz spear headed a surge in Islamic knowledge sharing, training and Dawah and held many roles within the Central Islamic Organization of Guyana (CIOG) including Orphan, Zakaah and Halaal Committees and Director of Education and Dawah.

Safraz Bacchus migrated to New York in Feb 2013, with his family, to take on the role of Lead Imam of the Central Mosque of New York (Masjid Al Abidin).