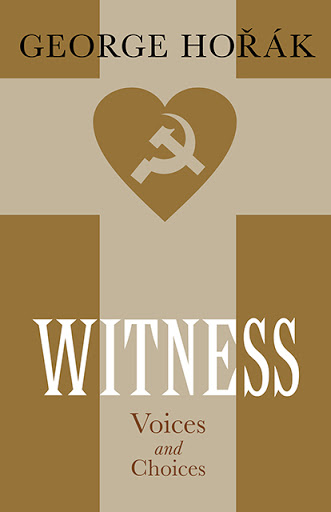 George Horak shares adventures and experiences from every stage of his life: growing up in an austere Catholic family in the former Czechoslovakia, witnessing the destruction of World War II, rebelling against the communists and escaping to South America. That’s just his first twenty years.

In his honest, engaging, narrative style, he writes about his struggle to fulfill his promise to become a priest, and his intense emotional and spiritual dilemma wrestling with the decision that will change his life forever. Through every twisting turn on his journey, George has been a witness to his faith. There is so much more to this compelling memoir: a mystic’s view of God and human experience, women and the Church, his encounter with Padre Pio and living an authentic life.

His stories evoke questions and reflection on the mystery and joy of our transitory journey.

“Once I started the book, I couldn’t put it down.” —Brian Clifford, East Kootenay Foundation for Health, Cranbrook, BC

“Witness is a masterpiece – a great book! His trademark observations, reflections, interpretations and opinions are insightful and usually right on.” —Fr. Bert McEacherin, Toronto, ON

“I know for certain that as I am nearing the last few pages, the next thing I will do is start over again on page one. I have indeed been edified! It has been a long while since I have been so deeply touched and affected by an author’s ability to approach and embrace the human condition without judgment or bitterness, but rather with a spiritual wisdom, gentleness and understanding of different perspectives as they relate to people’s life experiences.” —Connie Therrien, Edmonton, AB

“I am deeply touched by the simple, spiritual power reflected in his life and in this book.” —Fr. Jack Costello SJ, President, St. Regis College, Toronto, ON

“What a full life George has lived. I enjoyed reading about his early life and his escape from the Communists. He covers so many areas, the political, philosophical and religious aspects of life. I wanted more.” —Bonnie Kachur, Saskatoon, SK

In a world pursuing power, pleasure, fortune and fame, George Horak was an anomaly. He was a humble mystic seeking truth in his life experiences and in his relationship with God.

I met George in the fall of 2010 when he asked me to drive him to Calgary for a doctor’s appointment. After listening to his stories and appreciating his knowledge of history and his analytical perceptions of world events, I knew this man was unusual. I had many questions about his education, background, and experiences.

I suggested he share his experiences in writing so that others could benefit from his view of the world and his faith journey. George didn’t think his life or opinions would be of interest to the public. Finally, he succumbed to my arguments that our world needs to hear stories like his faith-guided journey, and that he had a responsibility to contribute his knowledge and experience, since he had the benefit of good books. Although he is fluent in five languages, writing in English was not an easy task. When I agreed to help with editing, he agreed to begin writing.

He listened to the voice of God, listened to the voice of his conscience, made choices, and accepted the consequences without bitterness or regret. He remained a faithful witness throughout his eighty-seven-year journey. From his childhood in Czechoslovakia, his journey has taken him to Venezuela, Italy, Austria, United States and finally to Canada. He died on October 3, 2016 in Cranbrook, BC, shortly after completing edits for this book.

It has been a privilege to support my friend on his journey. I have been edified by his life and by his writing; I believe the reader also will be edified.