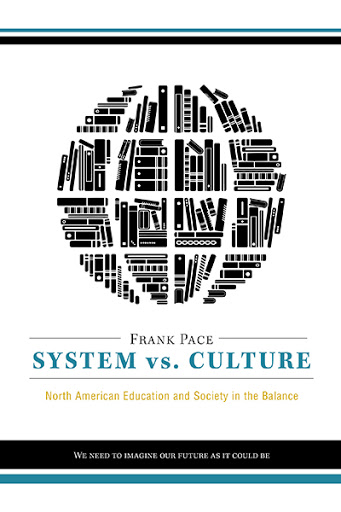 System vs. Culture: North American Education and Society in the Balance
We need to imagine our future as it could be by Frank Pace

For 160 years, North American children have been subject to compulsory schooling. Formal education has evolved some over that time, but the end result of said evolution is an educational system which is dysfunctional, inefficient, and ultimately incapable of delivering on its professed mandates.

Frank Pace is an educator with years of diverse experience. In System vs. Culture: North American Education and Society in the Balance, he looks at the current state of compulsory North American education and sees a system in crisis. He examines the history of modern education and dissects the root causes of its profound dysfunction.

System vs. Culture: North American Education and Society in the Balance offers some insight into how an alternative model of education might operate and how it would better serve the needs of a changing society and better achieve its purported goals.

Frank Pace has many important things to say about the state of North American education. His arguments are persuasive and lucid and backed up by solid scholarship. While the topic is complicated he does a good job breaking it down in a way that is readable and compelling for both education professionals and anyone interested in education and learning.

Frank Pace has been in the field of education for almost 30 years. As a high school dropout with degrees in English and Education Psychology from McGill University in Montreal, he can truly be said to have an alternative outlook on the education process as it exists in North America. He has worked in both the United States and Canada. While working in the Los Angeles area for 19 years, Frank worked with students with significant behavioural problems, many of whom were involved in street gangs, as well as working with affluent students who attended a Blue Ribbon school. Also involved at the forefront of technology in education, he was acknowledged in 2000 as a “visionary mentor” to students there by the La Cañada Unified School District’s Institutes for the 21st Century. Throughout Frank’s career he has cultivated a reputation for developing innovative curriculum, rejecting formal testing in favour of more hands-on approaches and projects, and for employing classroom management techniques that promote individual confidence, mutual respect and partnership toward the attainment of learning objectives.

System vs. Culture: North American Education and Society in the Balance will be available in the FriesenPress Bookstore soon.