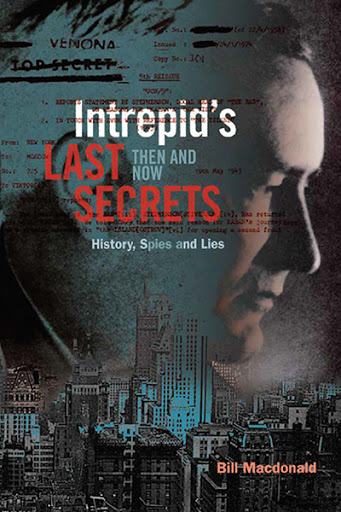 Intrepid's Last Secrets: Then and Now
History, Spies and Lies
by Bill Macdonald

In this engrossing follow-up to The True Intrepid, author Bill Macdonald explores secrets only hinted at in that book. The WWII Canadian spymaster William Stephenson – known widely as “Intrepid” was not only tasked to get help for anti-Nazi Europe and assist setting up an American intelligence agency. Stephenson faced a secret Anglophile group covertly seeking a quick peace with Adolf Hitler. Often referred to as “The Milner Group,” the organization reportedly swayed major events of the twentieth century and likely has major influence today.

Intrepid's Last Secrets: Then and Now explores The Milner Group's history in Canada, from its relationship to Canadian prime ministers of the first half of the twentieth century – to its probable impact on modern cultural policy and government. Both British and American strands of the group are explored with a study of some of the prominent early members, their philosophies, and their strategic influence on events and our lives.

The book includes the final interview with the late Svetlana Gouzenko, who, along with her husband Igor, fled to Canada from the Soviet Union in 1945. The information they brought with them revealed massive Soviet espionage in the West and helped trigger the Cold War. A few of Stephenson's former British Security Coordination (BSC) agents tell their story for the first time and the organization's major area of accomplishment – World War II communications (the genesis of the so-called “Five Eyes” agreement) – is explained.

"To Bill Macdonald: The man whose (research) made me understand 'power' more than all other reading that I have done."

"...a budding expert in the world of espionage."

“For those new to the story of 'the quiet Canadian,' Bill Macdonald’s book will be a fascinating introduction and irresistible incentive to pursue the subject.”

- Thomas Troy, former staff historian of the CIA, from the foreword of The True Intrepid

A former teacher and journalist, Bill Macdonald is the author of The True Intrepid, Sir William Stephenson and the Unknown Agents. He lives in Winnipeg.