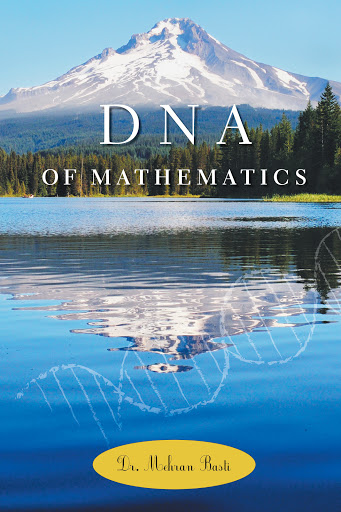 For Dr. Basti, the explanation is straightforward though not simple:

“Just as cells have dna, so mathematics has DNA in its structure.”

After years of research, he decided that his work had to contain a strong philosophical justification in order to stand the test of time. Part memoir and part manifesto, DNA of Mathematics introduces Mehran Basti’s readers to both the research he has dedicated his career to and his personal background and beliefs which significantly impact his scientific work.

Dr. Mehran Basti has been researching Mathematical DNA, focusing in particular on Riccati Differential Equations, for over thirty years. Born in Tehran, Iran and educated at Cambridge University in the U.K. where he earned his doctorate in Pure Mathematics in 1979, Dr. Basti has taught mathematics to students all over the world. He is now retired and lives in British Columbia, on Canada’s west coast, where he maintains an insatiable quest for knowledge.

This is his first book.

DNA of Mathematics will be available in the FriesenPress Bookstore soon.