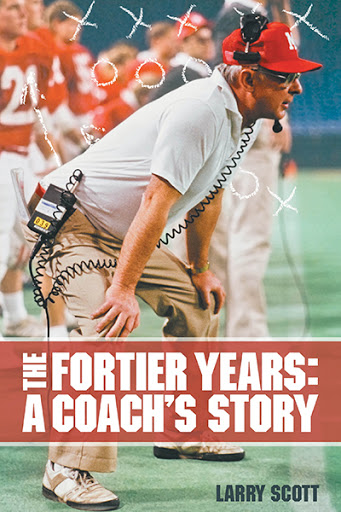 The Fortier Years: A Coach's Story
by Larry Scott

When Ross Fortier signed on as head football coach at Moorhead State College in 1970, there was little reason to believe he could transform the Dragons into a major player on the regional and national level. It didn’t take Fortier long to begin collecting conference titles and advancing to post-season play. That Moorhead State became a certified NAIA stronghold by doing football the right way is reason enough for celebrating, but it was his guidance and inspiration that led a legion of former players to a rich variety of post-collegiate careers. They became doctors and lawyers, high school, college and professional coaches, business leaders and CEOs, national talk show hosts, professional wrestlers, high school principals and even college presidents. They followed his lead, remembered many of the lessons football taught and dared to dream big. That is arguably Fortier’s greatest legacy.

A 1963 graduate of Alexandria High School, Scott received a BS degree in English from Moorhead State in 1967 and was appointed the first fulltime MSC SID in 1969. Scott was named sports publicist of the NIC as well in 1970.

Scott filled a three-year term (1984-87) as a college division representative on the Board of Directors of the College Sports Information Directors of America. Scott was presented the Ike Pearson award as NAIA SID of the Year in 1990 and inducted into the Dragon Hall of Fame in 1988 and the CoSIDA Hall of Fame in 1991.

A member of the Roger Maris Celebrity Benefit Golf Tournament Committee, Scott served on the media relations committee for NCAA Division I Men’s Basketball Final Fours in 1992 and 2001.

Scott won 107 national awards for athletic publications, including 25 “Best in the Nation” certificates and is an adjunct professor in the MSU Moorhead Mass Communications department. A member of the MSUM football broadcast team, Scott has worked 471 consecutive Dragon football games since 1967.

The Fortier Years: A Coach's Story will be available in the FriesenPress Bookstore soon.