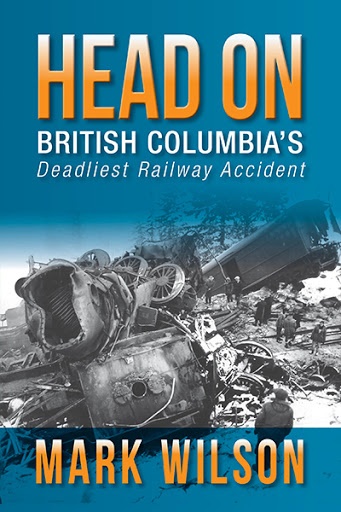 A 22-year-old Canadian National Railways telegrapher was blamed for a violent collision between a transcontinental passenger train and a troop train on Nov. 21, 1950. The head-on crash caused 21 deaths and was British Columbia’s deadliest railway accident. The alleged culprit was charged with manslaughter and was very fortunate to be defended by a future Prime Minister of Canada, who gave a bravura courtroom performance. The “not guilty” verdict returned by jurors was an indirect smack at CNR, which was touched with corporate arrogance even while being on the governmental welfare roll.

Mark Wilson is a retired transportation writer who worked for newspapers and magazines in Canada and the U.S. His first job was as a tea boy with a British newspaper founded two years before the birth of Simon Fraser in 1776. He now lives in New Westminster, British Columbia, next to the river named after the doughty Scottish fur trader and explorer who descended the Fraser River to its mouth in 1808. Wilson gets to watch towboat action from his front windows and hear the train activity of four rail carriers. He is married, with three sons and two granddaughters.