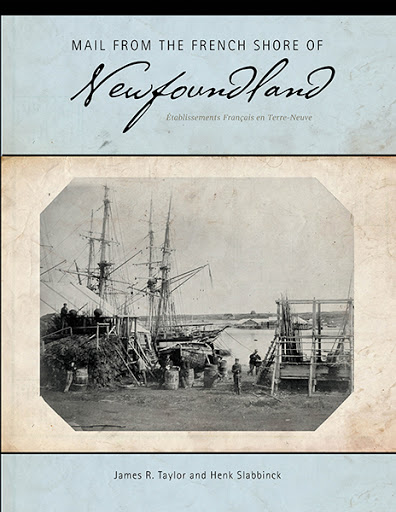 An illustrated, postal history of the French Treaty Shore of Newfoundland, 1737 to 1906.

“The history and complex politics of the area serve as an introduction to the rich postal history...”

“... a fascinating account of how the French, through a series of treaties and agreements, were able to enjoy fishing rights, and establish landing stations, off the east and west coasts of Newfoundland...[postal] items shown were mainly folded letters, most being unquestionably rare, although the fact that their true significance is not readily obvious means that they may lurk in collections, unrecognised for what they are.”