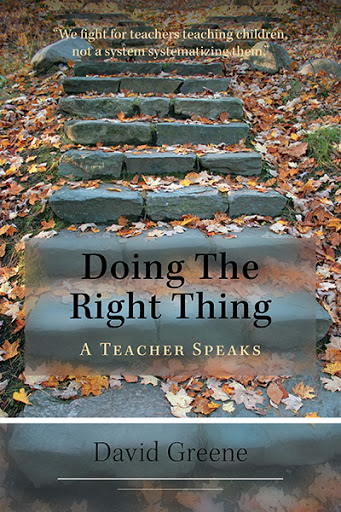 Doing The Right Thing
A Teacher Speaks
by David Greene

Each of us has gotten to be who we are as teachers through our own set of circumstances. We, like all other professionals learn our craft through our experiences as well as our academic preparation. Some of us get to pass on what we have learned about our craft by becoming supervisors, mentors, or university lecturers. I have mentored new teachers. I have taught a graduate education class. But those endeavors have reached relatively few. I have even spawned new teachers, inspired by me, but those are even fewer. Initially it is why started writing this book. Much of it started as advice to give to my mentees. Then some suggested to me to write a book. So I did!

"David Greene has written an honest, courageous book that tells the truth about teaching today. Those who teach, those who want to teach, and those who appreciate good teachers will enjoy reading it."

- Diane Ravitch. The author of The Death and Life of the Great American School System 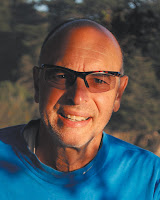 David Greene taught Social Studies and coached in NYC, Woodlands HS, and Scarsdale HS, and Ardsley HS for 38 years. He was a field supervisor for Fordham University, mentoring Teach For America Corps Members in the Bronx. He is a staff member of WISE Services, an organization that helps high schools create and run experiential learning programs for seniors. He is also the treasurer of Save Our Schools March Committee. He blogs as dcgmentor.com and has spoken on the hidden truths of TFA at both the first SOS March and Convention in 2011 and Occupy DOE 1 and 2. Mr. Greene has been referenced by Christina Hoff Sommers, in her book, The War against Boys. He has given talks on the issues of boys in schools in Scarsdale, Dominican College and The College Of New Rochelle.He has appeared twice on Bronx Talk with Gary Axelbank. He has had work published in Ed Week on line and has also been referenced by Valerie Strauss in her Washington Post web based column, The Answer Sheet. Most recently he has been the author of the most responded to Sunday Dialogue letter in the New York Times entitled, “A Talent For Teaching”, May, 4, 2013.