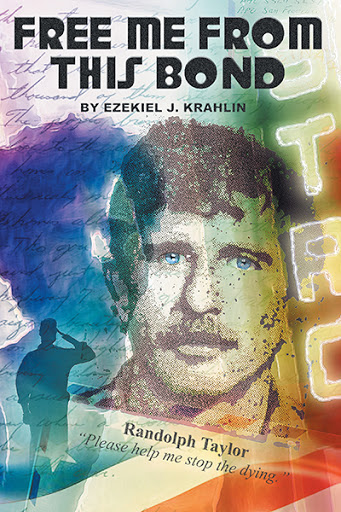 Free Me From This Bond
by Ezekiel J. Krahlin

This novel is an epic real-life adventure/bromance about a gay street activist from San Francisco (Ezekiel Krahlin), who falls in love with (and becomes a sidekick to) a remarkable and incredibly handsome gay male (Arwyn Miles) who the author eventually concludes is a detective out of Orange County, California...and perhaps even his guardian “dragon.” Whether this is fact or not remains to be seen, as the adventure continues beyond the book’s conclusion. However, the many true tales woven around these two (mostly instigated by Arwyn himself) certainly give credence to the author’s interpretation.

Most of the tales contained herein are the absolute truth, though with much whimsical embellishment, and mystical implications that imply a great destiny for these two, as well as the homophile community at large. Many spiritual implications from a pagan perspective will give great hope and inspiration to the LGBT community (both local and global), as well as to any other person who holds a compassionate view on life and destiny.

You will laugh, you will weep, you will explore the Cosmic Deep, on this roller coaster ride of queer intrigue, mystery and outrageous phantasmagoria of gay revelation, mischief and delight.

Zeke Krahlin has been a freelance gay street activist since 1983, here in San Francisco. After so many years befriending and assisting (as best he can in spite of his own limited funds, being disabled himself), he now has many fantastic true tales to share with the world.

This novel is his first official paper and ebook publication, though you can read a plethora of additional tales at his web site, “Final Testament” (or “Faggot Bible”) here:

While not officially recognized (yet) as a dedicated gay activist with extensive history in “Gay Mecca,” his record of achievements (as evidenced on his web site, blog, and numerous admirers in the Castro and beyond) will set the record “straight” some time in the very near future.

Mr. Krahlin--through his writing and dedication to his homeless gay brothers over three or more decades--will soon earn great appreciation and devotion on both a local and global level. At least, that is his claim...and he is willing to bet $5 with anyone who cares to challenge such a brazen declaration.