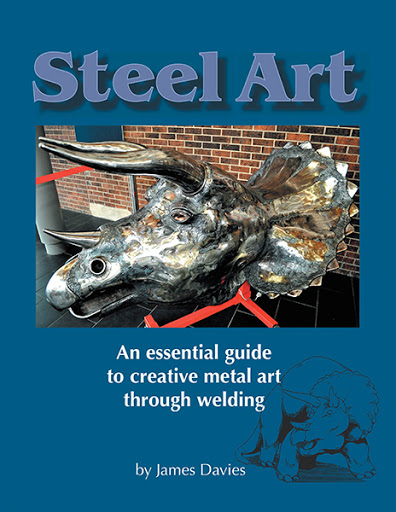 Within the covers of this books you will not only find over 50 projects intended to stir something from the ability of creativity that dwells in all of us, but also give you the best possible direction to follow to help achieve any of all of this in the safest and most inspirational way.

An inspirational picture and instructional guide to creating a piece of 'one of a kind' art work.

Hello. My name is James Davies Sr. Sr. Born in 1943, into a family that would eventually reach 12, we all soon learned to make our own entertainment. My varied desires, both early and later in life, eventually overlaped each other as I learned to use one to enhance the other, such as my welding capabilities morphing into an inspirational Art Book. Being addicted to movies from an early age, where I like every child fantasized about places where I would be the hero, there would come a time when I wouild eventually find the time to start creating my own works. As a welder I would find moments where I was able to think through and write down the outlines of stories I hoped to eventually put into print, as well as a few short stories. But there were also other avenues to inspire, the ever growing family and maturing interest, as well as friends. I have, and still believe, that there is always an interesting story in each and every one of us. And if you do not believe me, just take the time to study the happenings you have grown acustomed to taking for granted each day.

Steel Art will be available in the FriesenPress Bookstore soon.