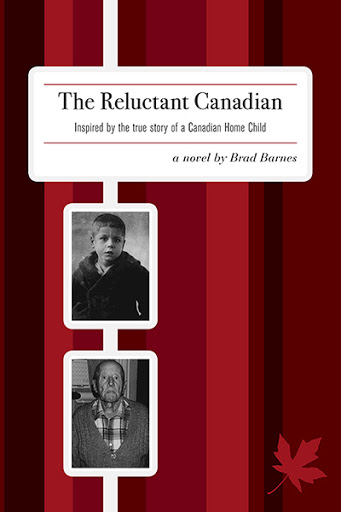 This fictional story is inspired by Canada’s real-life Child Immigration Scheme, a largely forgotten program that brought upwards of 100,000 supposedly orphaned and abandoned British children to Canada to act as much-needed farm labourers and servants (“home children”) from 1860 to the 1920s. The Reluctant Canadian follows the unforgettable and haunting journey of Sidney, a spirited victim of this immigration scheme who, after the death of his father, is taken from his mother and placed in a London orphanage. When eight-year-old Sidney is sent to Canada to live with new parents, he soon learns that his appointed guardian is the furthest thing from a father figure that he can imagine. As Sid comes of age amidst heartache and abuse, he struggles to retain his hope of one day returning home to his family. But as he desperately tries to escape his circumstances and free himself from the hold that the scheme has on him, he finds that he’s been marked for life by the program that supposedly wanted to help him.

“While I have long known that Aboriginal children in Canada were forcibly taken from their families to residential schools, until reading “The Reluctant Canadian,” I had not been aware that thousands of disadvantaged British children endured a similar upheaval - in effect exiled, alone, to Canada. Based on his grandfather’s true story, first-time novelist Brad Barnes’ gritty, at times heart-breaking portrayal of the life of a Home Child sheds welcome light on this important, but little-known chapter in Canada’s immigration history.” Laurie Sarkadi - Writer, producer, singer-songwriter

“carefully crafted, will capture your interest and your heart” - Suzanne Jubb, author

“Canada’s been waiting for a story about these forgotten children, and Barnes delivers.” Elizabeth Bond, Bond Writing Services

Brad was born in 1954 in St. Thomas Ontario and moved to Alberta in 1976 where he worked many jobs before embarking on a career in corrections. Brad has always had a penchant for writing and photography and contributed to numerous magazines and newspapers in those capacities throughout his adult life.