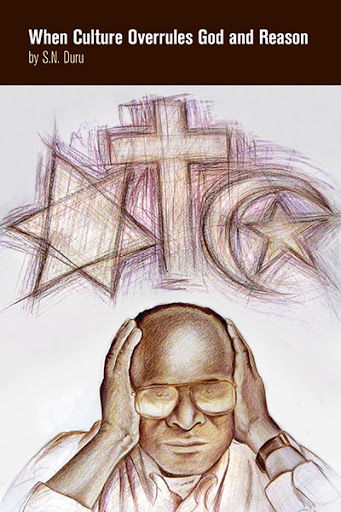 When Culture Overrules God and Reason
by S.N.Duru

For over two thousand years, civilization has failed to live up to the expectations expounded by the Christian religion. The last century alone saw two world wars, a cold war, and numerous other politically and racially motivated conflicts. Where was Christianity amidst all that turmoil? It was also believed that the end of colonial rule in Africa, Asia, and the Caribbean would usher in an era of peace and prosperity, but the result has been decades of civil war, genocide, and corruption in those regions. Author S.N. Duru theorizes that the cause of this leap-frogging from crisis to crisis is that society has allowed culture to take precedence over faith and reason. When Culture Overrules God and Reason addresses the issues that form the foundation of Duru’s theory, and provides a workable resolution for the nations of the world. It is an impassioned call to action to correct civilization’s current state of being.

S.N. Duru’s experiences living through the Nigerian-Biafran War in the late sixties and the Christian connections he made upon arrival in Canada helped formulate his conviction that the world has been heading in the wrong direction and in great need of structural change. These experiences and convictions are the backbone to his first book, When Culture Overrules God and Reason. Duru spent his formative years in Nigeria, and now calls Calgary, Alberta home.