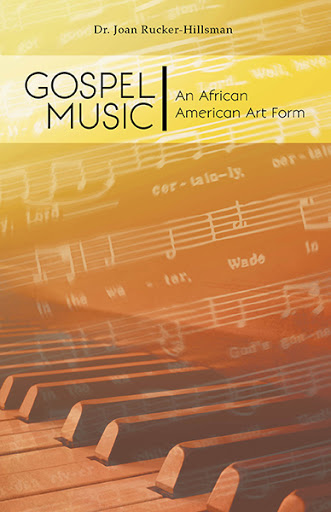 This book is designed for the general reader of gospel music, as well as those who incorporate gospel into their lesson plans on the academic level. “Gospel Music: An African American Art Form” provides music information on the heritage of gospel from its African roots, Negro spirituals, traditional and contemporary gospel music trends. The mission and purpose of this book is to provide a framework of study of gospel music, which is in the mainstream of other music genres. There are 8 detailed sections, appendices and resources on gospel music which include African Roots and Characteristics and history, Negro Spirituals, Black Congregational Singing, Gospel history and Movement, Gripping effects: Cross Over Artists, Youth in Gospel, and Gospel Music in the Academic Curriculum with lesson plans. There is a wealth of knowledge on the cultural heritage of “Gospel Music As An Art Form.” 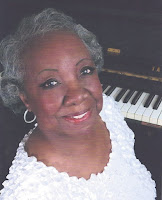 Joan Rucker-Hillsman, a native of Anderson, South Carolina, received a Bachelor of Music Education and Masters of Music Education degrees from Howard University, matriculated at Catholic University of America in the Doctor of Music Arts program, and received a Ph.D in Musicology from The Union Institute & University, Cincinnati, Ohio. Her Doctoral Dissertation was on “Sequential Instructions for Administering Gospel Music in an Academic Setting”. Dr. Hillsman is a lecturer, performer, composer and a well-known Church Music Consultant with international recognition. She is also an author of several books, including the second edition of this revised compilation, “Gospel Music: An African American Art Form”, McGraw Hill Publisher. She is on the National Board of Directors of the James Cleveland Gospel Music Workshop of America (GMWA), served in the Academic Division as S Scholarship Chairperson, and currently chairs the National Collegiate Night: “Gospel Goes to College”, a program which was proposed and established by her. She has worked on the college/university level serving on Doctoral committees for several institutions of higher education. She worked on a project, “African American Music Concepts” at Harvard University with the late renowned professor, Eileen Southern.

Dr. Hillsman retired as Supervising Director of Music for all of the D. C. Public Schools (1996), and was appointed Professor of Music and Director of the Bowie State University Gospel Choir. She has served in several capacities of Music Ministry, as a consultant and Minister of Music. Her travels have taken her to London, Paris, Spain, Alex Haley’s Village (Jufuru in Senegar-The Gambia), Sweden and many other places. Her community services are too numerous to mention. However, she holds the “Key to the City of Detroit”, Michigan (presented by the late Mayor Coleman Young), listed in several Marquis Directories, “Who’s Who in Education, Who’s Who in the World”, to name a few of its entries. In Washington, D.C. she received a “Neighborhood Grant”, which resulted in Joan Hillsman’s Day in the Nation’s Capital, awarded by former Mayor Marion Barry, and received accolades for forming the “D.C.’s First Gospel Homeless Choir”. She is a member of Phi Delta Kappa, Gamma Sigma Sigma, Sigma Alpha Iota, and Alpha Kappa Alpha Sorority. She served as co-chair for the First National Historically Black College and University (HBCU) Conductor’s Summit at the John F. Kennedy Center in 2008 under Toni Roy, Project Director. Dr. Hillsman is a member of MENC, Music Education National Conference, currently renamed National Association for Music Education (NAFME), headquartered in Reston, Virginia.

Dr. Hillsman relocated to Syracuse, New York in 2010 and continued her advocacy for the arts and community volunteering. She worked on the “Say Yes to Education” program served as clinician for its Summer Institute, serves on the Annual Dr. Martin Luther King, Jr. Program, Hendricks Chapel Annual Concerts, works on Harriet Tubman Projects, served on Mayor Stephanie Miner’s Arts Transitional Team, and her Women’s Commission. She is currently the CEO of Joan Hillsman’s Music Network, Inc. (JHMN). She has one son, Quentin Hillsman, Head Women’s Basketball Coach at Syracuse University.