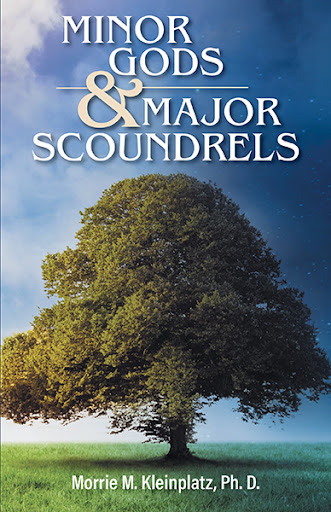 poetry that fails to

cock a snook at

and is insufficiently outraged

with the stupidly cruel

is far too soft and

is much too hard and

after much consideration therefore

i have made it my

to become the Goldilocks

Neither too sweet nor too sour, Minor Gods and Major Scoundrels lays bare life and politics

in the 21st century. Poems and song lyrics are at turns reverent and irreverent, satirical

and tender. An imagined dialogue between Trump and Leonard Cohen, encounters with

God(s), golf, love, mortality—these and a vast array of other topics are subject to Kleinplatz’s unflinching gaze. Minor Gods and Major Scoundrels will appeal to an adult audience that likes to be provoked both to thought and laughter. 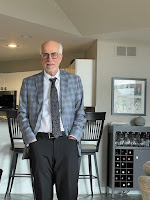 Morrie M. Kleinplatz studied poetry and literature as an undergraduate and has been writing poetry for three decades. Psychologist, bridge player, family man, and lover of music of all sorts, he is keenly interested in political and philosophical issues. He likes experimenting with different forms of writing, including Olde English styles, e. e. cummings-like styles, and diverse rhyming patterns; mostly, he just enjoys finding a line and letting it take him wherever it goes. Minor Gods and Major Scoundrels is Kleinplatz’s first published work since his dissertation on children of holocaust survivors.

He lives in Windsor, Ontario, Canada with his wife, Ronna Warsh.