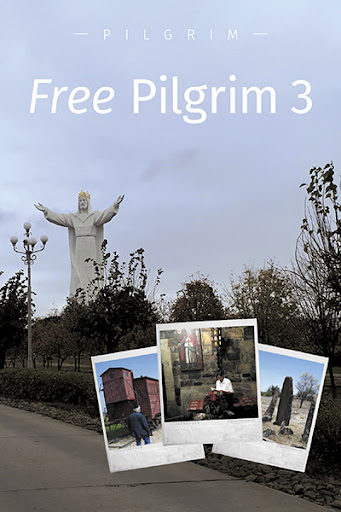 In Free Pilgrim 3, the author returns to his place of birth, “The Land Below The Wind.” Even though he had made similar trips back before, yet strangely he discovered that he still arrived “where he had started and known the place for the first time.” His insightful writing clearly illustrates both the divine and mundane nature of humanity. We are all one people, though separated by great distances, continents, and millenniums, that humanity shines through in our great works, beauties, and cultures of the world around us.

With another ten adventures, Free Pilgrim 3 will awaken your drive to discover new places, learn about a new culture and perhaps have a little more understanding of who we are as a human collective. While there is nothing more informative and transformative than taking a physical pilgrimage to incredible places, these books are as close as one can get without leaving the armchairs and setting out on our own. But if you are fortunate enough to have the inclination and the time, these narratives may inspire you to do just that.

Born in 1942 in British North Borneo (Sabah Malaysia), and now residing in Vancouver, British Columbia, Canada, Nicholas Fung trained as a Barrister-at-Law at The Honourable Society of The Inner Temple and was called to the Bar of England and Wales in 1966. Eventually returned to Sabah; he served as the State Attorney-General and was founder and president of The Council of The Justices of The Peace and a founding member of The Sabah Golf and Country Club. Appointed by the Central Bank of Malaysia, he was tasked with restructur-ing the bank (which has since merged with Alliance Bank Malaysia). From this position, he ultimately retired.

That is when his journey truly began. Searching for a spiritual path, he started making pilgrimages, the world, while discovering himself- and undertaking with no exact destination but of inestimable value. Nicholas cherishes engaging with people worldwide to hear stories from diverse cultures and hoping to counter bigotry with knowledge and encourage others to see that peace can be achieved even when there are differences between us. With that dedication, he hopes to inspire others--to open a space in their busy secular lives and allow for deep and profound personal transformation.

In Free Pilgrim and Free Pilgrim 2, Nicholas Fung took his readers on a physical, spiritual, and mystical path worldwide, visiting countless and inspirational sites, both modern and ancient. The books are available online and from https://books.friesenpress.com/store. The author may be reached at nncfung2@gmail.com