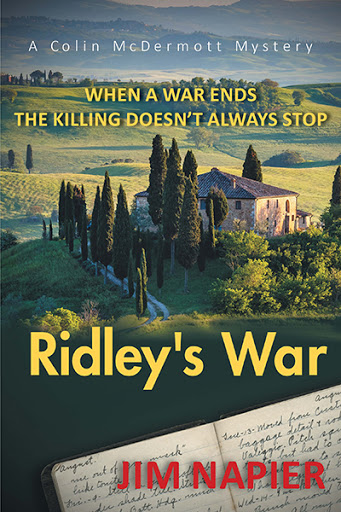 When Detective George Ridley accompanies his war-vet father Bert to the countryside for a military reunion marking D-Day, he doesn’t expect to become entwined in a murder investigation and a mystery dating back sixty years. But after his father is found unconscious outside the local pub one evening, a simple tumble begins to look more suspicious. When George’s colleague from the Metropolitan Police, Colin McDermott, arrives to help out, the two detectives realize they have a case on their hands. Their investigation leads back to events in Italy during the war, and they discover not one but two crimes that have never been solved. The question is, how can they determine what happened so many years ago, and bring a killer to justice without any eye-witnesses?

"Ridley’s War is an intriguing historical mystery whose clever investigators reveal the moral issues around the spoils of war."